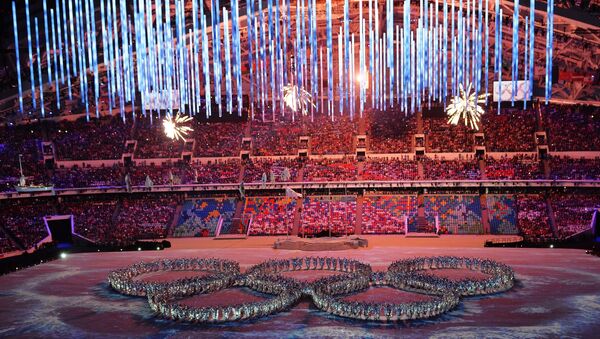 © Sputnik / Alexander Vilf
/
Go to the photo bank
Subscribe
The International Olympic Committee has reached a new decision as part of its investigation into Russia's alleged doping violations.

MOSCOW (Sputnik) — The International Olympic Committee (IOC) has sanctioned two Russian cross-country skiers and a Russian biathlete over violations of anti-doping rules, declaring them ineligible for any Olympic Games and stripping them of their medals and diplomas for the 2014 Olympic Winter Games in Sochi, the organization said Friday in a statement on its website.

"Yulia Chekaleva, Anastasia Dotsenko and Olga Zaytseva are found to have committed anti-doping rule violations pursuant to Article 2 of The International Olympic Committee Anti-Doping Rules applicable to the XXII Olympic Winter Games in Sochi, in 2014, and are disqualified from the events in which they participated. In addition, the three athletes are declared ineligible to be accredited in any capacity for all editions of the Games of the Olympiad and the Olympic Winter Games subsequent to the Olympic Winter Games Sochi 2014," the statement read.

Russian Media Blackout of 2018 Olympics Would Hurt IOC Objectives
The news comes after the Olympic Committee banned several other Russian athletes for life thus depriving Moscow of first place in the medal count at the 2014 Sochi Winter Olympics amid WADA's decision not to reinstate the Russian National Anti-Doping Agency after finding it non-compliant with the anti-doping code.

In its recent decision, the IOC decided to sanction three Russian bobsledders Aleksandr Kasyanov, Aleksei Pushkarev and Ilvir Khuzin over violations of anti-doping rules, declaring them ineligible for any Olympic Games and stripping them of their medals and diplomas for the 2014 Olympic Winter Games in Sochi.

At the same time, the number of Russian athletes who are being investigated by the committee over alleged anti-doping rules violations has increased to 36 after additional findings from the re-analysis of doping tests.

In 2016, after an investigation by the independent commission of the World Anti-Doping Agency (WADA) under the leadership of Richard McLaren on the alleged use of doping by Russian athletes, the International Olympic Committee created two commissions to re-check the samples of athletes who had participated in the Sochi Olympics.

While the IOC is expected to decide on whether Russian athletes will be allowed to compete in the 2018 Olympics in December, Russian investigators have concluded that the McLaren report's arguments of an alleged doping tests swap were baseless.

Russian President Vladimir Putin has stated that there are cases of doping use in national sports, as well as in many other countries, adding that Russia is addressing them.