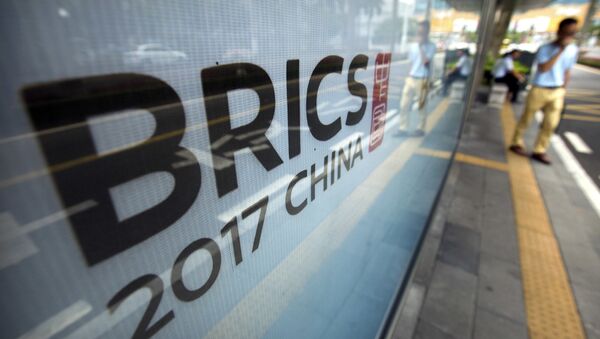 The chairman of one of the committees at the International BRICS Legal Forum says that the bloc's mechanism for arbitrating commercial disputes could be based on upholding the principle of neutrality, which should be ensured through an inclusive arbitration board.

MOSCOW (Sputnik) — The fourth International BRICS Legal Forum, ongoing in Russia, could create an arbitration structure that would specialize in settlement of the commercial disputes within this group of states, the chairman of one of the legal forum's committees told Sputnik on Thursday.

"So this is the way we are thinking, that at the BRICS Legal Forum we can actually practically fill in the gaps and create new and more participatory regulative structures… Right now what we are looking at, is the countries will continue to have their individual arbitration centers, but when a BRICS dispute comes, it is a BRICS governing board and the common set of rules of arbitration, which will govern the dispute," Prashant Kumar, who is also the president-elect of the Bar Association of India, said.

BRICS Gold Trading System Poised to Reduce US Dollar Dominance - Gold Trader
Kumar added that the BRICS mechanism for arbitrating commercial disputes would be based on upholding the principle of neutrality, which should be ensured through an inclusive arbitration board.

The discussions at the forum are dedicated to various issues, including the compatibility of legal and judicial systems of the participating countries. These talks also center around the possibility of unifying these processes with the goal of eliminating future barriers for effective international cooperation within the association.