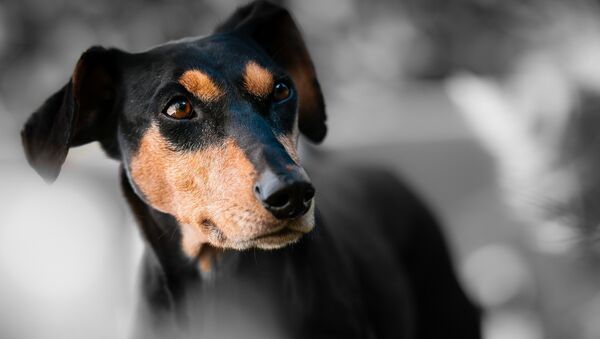 CC0 / /
Subscribe
A new study from Vanderbilt University says dogs are way smarter than their lifelong nemesis, the cat, since they have more cortical neurons.

Cortical neurons, cells making up the brain's largest region, the cerebral cortex, are tiny cells in the brain that are in charge of thinking, planning and complex behaviors. According to the researchers, the number of neurons is a "hallmark of intelligence."

Researchers ultimately found that dogs possessed roughly 530 million cortical neurons, while cats, on the other hand, only had a measly 250 million.

​"I believe the absolute number of neurons an animal has, especially in the cerebral cortex, determines the richness of their internal mental state and their ability to predict what is about to happen in their environment based on past experience," Suzana Herculano-Houzel, lead author in the study, told Vanderbilt University's news site. "At the least, we now have some biology that people can factor into their discussions about who's smarter, cats or dogs."

Published in the Frontiers in Neuroanatomy, researchers not only counted the neurons of dogs, cats, brown bears, lions, raccoons, ferrets, mongoose and hyenas, but they also compared brain sizes to bodies.

"In this study, we were interested in comparing different species of carnivorans to see how the numbers of neurons in their brains relate to the size of their brains, including a few favorite species including cats and dogs, lions and brown bears," Herculano-Houzel added.

But bigger doesn't always mean better, researchers found. The brain of a golden retriever had more cortical neurons than a brown bear, despite being three times smaller.

And yet, while dogs seems to be dominating cats, they didn't outdo raccoons.

​Officials found that while raccoons have a brain size of a cat's, they have the same amount of cortical neurons as a dog or a primate.

"Raccoons are not your typical carnivoran," Herculano-Houzel said. "They have a fairly small brain but they have as many neurons as you would expect to find in a primate… and that's a lot of neurons."

Herculano-Houzel later added that the study teaches an important lesson in showing that "not every species is made the same way" despite many having "recognizable patterns."