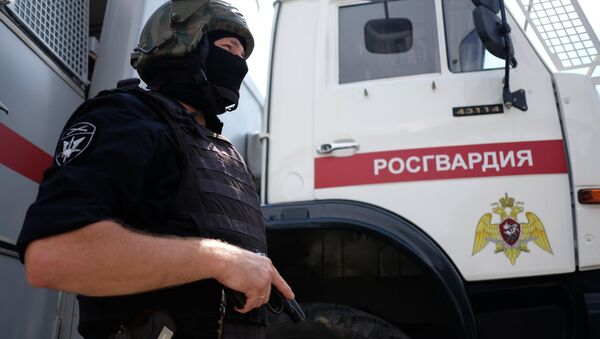 "From December 2 to December 13, 2017, special tactical training exercises 'Cooperation-2017' of the special forces units of the Russian National Guard and the People's Armed Police of China will be held in the Chinese city of Yinchuan," Rosgvardiya said in a statement.

The servicemen of the Vityaz special forces unit and members of the Rys special rapid deployment forces are expected to take part in the exercises. The Chinese side will be represented by the Desert Foxes assault anti-terrorist detachment group.

Russian National Guard Chief to Head Anti-Terrorist Operations in N Caucasus
A protocol on joint drills was signed by Rosgvardiya and Chinese police in mid-September.

Russian and Chinese law enforcement agencies have established a firm relationship to counter global threats. In August 2007, 79 soldiers of the Snow Leopard Commando Unit of the Chinese People's Armed Police took part in joint anti-terror exercises of special forces in the Moscow region. In June 2013, anti-terrorist exercises of the Vityaz special forces unit of the Russian Ministry of Internal Affairs and the Chinese police were held in Beijing.

In the first half of July 2016, a joint training was held in Russia for special purpose units, which had been given the code name "Cooperation-2016." The exercises were conducted not only to search for and neutralize criminal groups, but also to strengthen friendship and cooperation between military personnel.