Lionheart: Russian Man Shared Apartment With Lioness and Lived to Tell About It 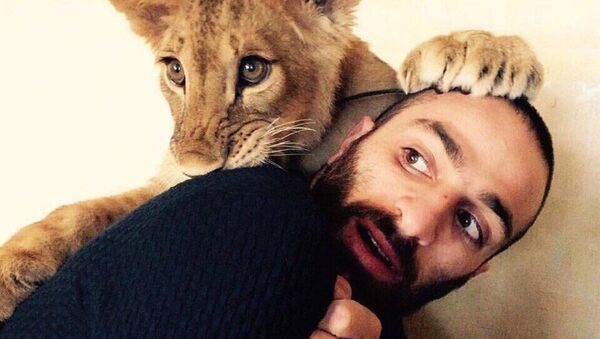 © Photo : Artiom Martirossian
Subscribe
A St. Petersburg resident turned-local celebrity spoke to Sputnik about his incredible friendship with a lady lion that he raised from the time she was a cub.

Artyom Martirossyan lives in a small apartment in the Rybatskoye district of southeast St. Petersburg. Fascinated by the 'kings of the jungle' since he was a young boy, last year, his friends gave him "the best present [he] ever got," a lioness cub.

The cub, whom Artyom promptly named 'Legenda' (Russian for 'Legend'), quickly grew up and became a 'legend' not only in Martirossyan's neighborhood, but in the Russian northern capital as a whole, starring in numerous TV news reports and appearing in a number of local and national newspapers.

"Many people couldn't believe their eyes. When we were out walking, neighbors would line up to take a picture with Legenda," Artyom recalled, speaking to Sputnik France's Maria Balareva.

How to Keep a Lioness in Your Apartment

Raising a lion at home is no easy task, Artyom admitted, especially if your home is a modest apartment in a major city. The young man said his mother and brother helped a lot during the eight month period that Legenda lived, and grew up in, their home, before being taken to Crimea to the Taigan Safari Park. 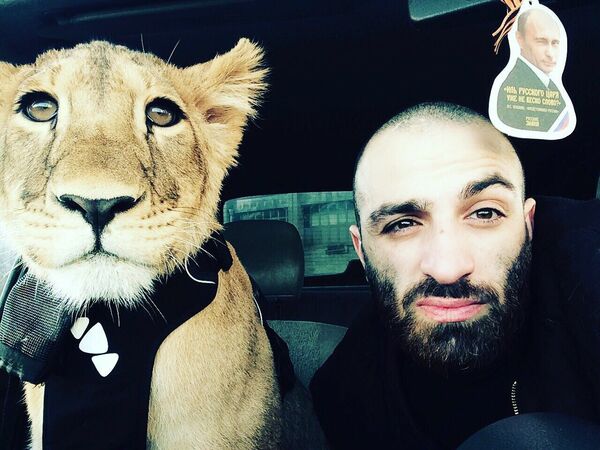 "For the entire eight months I never left her side," the young man recalled. Notwithstanding her size, she often felt scared, he said. "At times she would turn the place upside down and literally cry. It's painful remembering it."

Good Boy! Stray Dog Saves Woman From Mugger in Montenegro (VIDEO)
Raising the cub into a lioness was not easy, Artyom said, and was in some ways similar to raising a child.

"First, it was necessary to feed her baby food and milk from a bottle, and massage her tummy afterward, like a newborn baby. I had to be there all the time –just forget about work, rest, friends! Only the bravest among them came to visit. When she grew up a little, she began eating 3, 5 or even 8 kilograms of raw meat a day."

Artyom admitted that despite her gentleness and willingness to communicate with people, from the first days of living together she showed the character of a true lioness. "She is very jealous, and always quarreled with my girlfriends. She has a very good sense about people; if she doesn't like someone, she won't allow them to approach her anymore," he said.

The former owner of the exotic pet says he eventually realized that Legenda needs to be surrounded by her fellow lions to live any semblance of a normal life. This past March, when Legenda turned nine months old, Artyom decided to send her to the Taigan safari park in Crimea. Parting with his friend, whom he raised from infancy, proved very difficult, he recalled. He chose the park due to the peninsula's favorable climate, and admitted that he has long dreamed of moving to Crimea himself.

"But we did not part forever. My friends and I dream about her every day, and she misses us a lot," Artyom insisted. 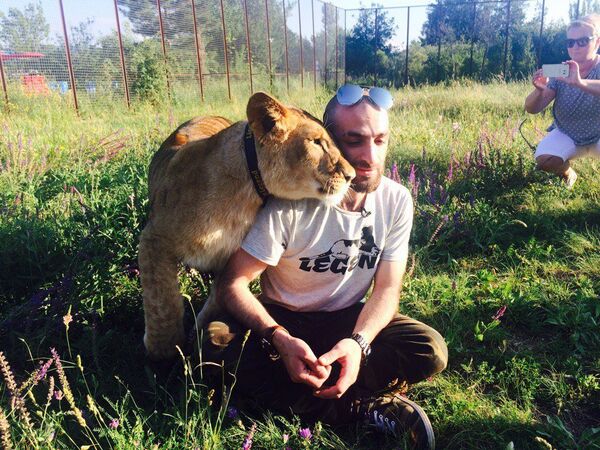 No one will ever replace the lioness in his heart, the young man said, except perhaps her future offspring. In her new home, Legenda has found Philipp, a male lion named after popular Russian pop singer Philipp Kirkorov. "If they have offspring, I will become a grandfather," Artyom joked.

Even though they are now over a thousand kilometers apart, Artyom keeps in touch, regularly watching his friend on videos made by the safari park's owners. He plans to visit Legenda in the new year.