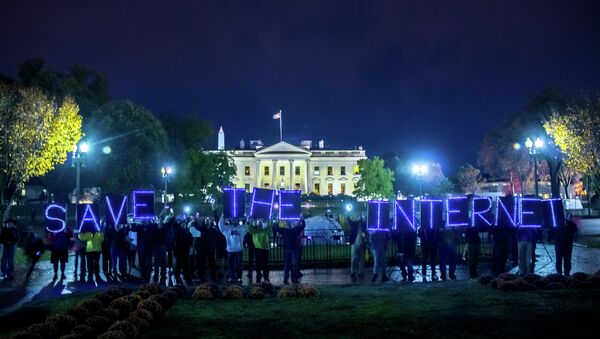 The US Federal Communications Commission’s pending move to eliminate net neutrality received a ton of public feedback online, but at least half of the comments may have been created by machines instead of citizens, according to a new report.

From April 27 to August 30 the public had the ability to send in comments on net neutrality to the FCC. During that time a whopping 57 percent of the comments were from temporary or duplicate email addresses, Pew Research announced Wednesday. About 21.7 million comments were filed with the FCC altogether, but just six percent were unique comments. All the other comment submissions rephrased and recycled similar sentences over hundreds of thousands of comments.

Another strange issue that popped up was repeated listing of individual names in multiple different comments. Researchers found "Pat M" to show up on 5,910 submissions and john_oliver@yahoo.com appeared in more than 1,000 comments. John Oliver has outspokenly advocated to maintain net neutrality on his popular comedy program "Last Week Tonight."

Gutting net neutrality is a controversial proposal championed by telecommunications giants as well as FCC chairman Ajit Pai. Pai was designated chairman by US President Donald Trump in 2017 after being confirmed as FCC commissioner in 2012.

​According to state investigators, Pai has refused to acknowledge the possibility of something fishy happening with the public comment process.

"The FCC is refusing to help us — or anyone else — conduct a serious investigation, so we're asking New Yorkers to help us get to the bottom of what happened," New York Attorney General Eric Schneiderman said Wednesday accompanying the announcement of a new site for New Yorkers to report suspicious comments. Schneiderman's office has been looking into the large amount of shady comments for several months, evidently without any assistance from the FCC.

If neutrality is deleted from the regulatory framework, access to various internet services would depend on how much users are willing to pay, which could disproportionately affect lower-income people, an analyst told Radio Sputnik.

At least one disturbing development emerging from the NLG bot activity is that real people with something real to say about net neutrality are drowned out.

The FCC's board is slated to vote on eliminating net neutrality December 14.