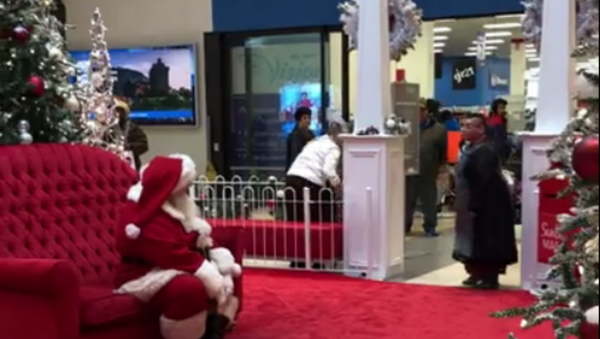 With the Christmas season just around the corner, grinches are starting to make their way out of the woodwork to bash Santas that are lacking in the magic department. One unfortunate Santa Claus in Toronto's Dufferin Mall recently got a full serving of humbug.

"Are you magic," a woman, unprovoked, aggressively asks the stand-in Santa. "No, you're not f**king magic, you f**king d*ck."

The woman, entering Santa's domain at the mall, continued to accost the grey-bearded fellow as he watches on in disbelief for nearly a minute. During the tirade the woman goes as far as recalling childhood memories that dispute the validity of the man's identity.

"You're not magic, you're not even real… you don't even have a f**king sleigh," she added.

​The "d*ckhead" Santa is then seen coolly walking away, brushing off the one-sided altercation in footage captured by a mall shopper. According to the video's caption, the woman was later questioned by three security guards "a few yards away from the Santa area."

It's safe to say someone just got added to the naughty list.