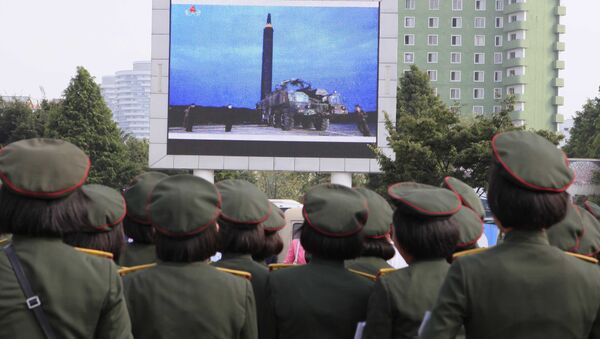 © AP Photo / Kim Kwang Hyon
Subscribe
Japan and South Korea have reportedly detected radio info which might indicate that Pyongyang is getting ready for a new missile test; the data, however, has not been confirmed by any satellite images. It might also suggest that North Korea, which has not conducted any tests for 70 days, is simply getting ready for its winter military training.

"North Korea might launch a missile within the next few days," one of the sources told the agency. 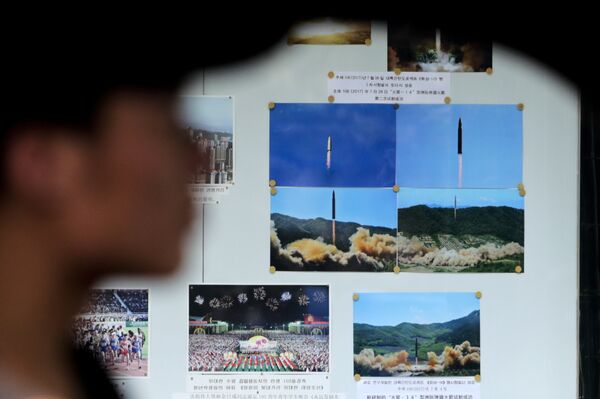 The sources, however, admitted that the suggestions have not been verified by any satellite imagery, which has not registered any signs of a missile or a movable launch pad. The signals therefore may only be related to winter training for the North Korean military, the sources assumed.

"Regarding North Korea, the government is constantly monitoring the situation and collecting information. As for the details of this information, I would like to refrain from commenting on this," he told reporters on Tuesday.

The official assured that the country's government "will continue to work closely with the United States and South Korea to increase pressure on North Korea to the highest level, and will continue to collect the information and carry out monitoring."

According to Yoshihide Suga, his country will also closely cooperate with China and Russia to "do everything to ensure peace and security of our country."

Following the Japanese reports, the South Korean military said on Tuesday that Seoul is closely watching its northern neighbor.

"The South Korean military is closely monitoring and tracking possible North Korean provocations, in collaboration with the US," the country's Yonhap News Agency quoted  Army Col. Roh Jae-cheon, spokesman of the Joints Chiefs of Staff, as saying.

It also cited government sources as saying that "in recent weeks, signs of brisk activity have been detected at North Korean missile bases."

"More monitoring is needed to gauge whether the North is trying to launch a missile or is preparing for winter training that starts in December," the source said. 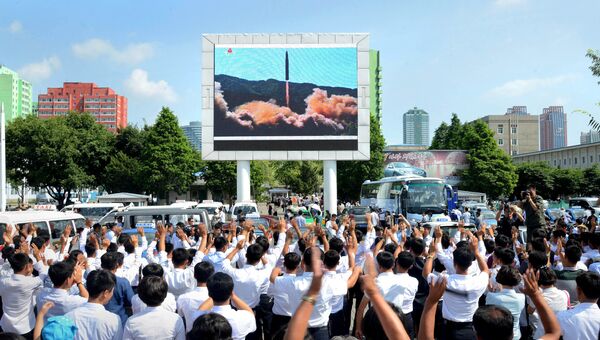 He also revealed that a "day ago, the North appeared to have operated a radar which tracks a missile's trajectory, and signs were detected that the use of communication devices had increased at the North's missile bases."

Pyongyang has not launched any missiles since its last test on September 15, when it fired an intermediate-range ballistic missile that passed over Japan’s northern Hokkaido Island into the Pacific Ocean. The test was followed by a fresh round of sanctions against North Korea.