Presidential Two for One 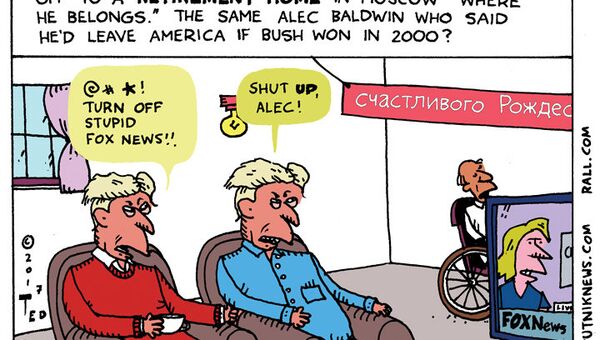 US actor Alec Baldwin recently made waves by suggesting US President Donald Trump be removed from office and placed in a retirement home in Moscow.

Baldwin, borrowing from Trump's "MAGA" slogan, asserted that citizens should "make America America again." Not letting up, the Trump impersonator also jokingly suggested the POTUS be shipped off to a retirement home in Moscow "where he belongs."

Speaking of travel, back in 2000 Alec Baldwin's then-wife Kim Basinger went on record with the German magazine Focus to say her husband may "leave the country if Bush is elected president."

As Baldwin failed to make good on his past words, perhaps he and the former reality TV star can get a discounted two-for-one ticket?

After all, Baldwin may be out of a job at SNL following Trump's presidency.