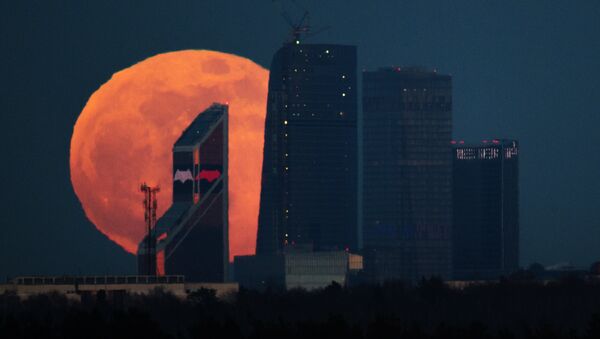 As more private enterprises turns their gaze toward outer space, there are certain international limitations that leave many questions unanswered so that private entrepreneurship is is effectively paralyzed.

When the US and the USSR engaged in a nuclear weapons race, there was a real possibility that doomsday weapons would go to outer space and, eventually, to the moon. In order to prevent the Cold War from turning into Star Wars madness, several international treaties were signed, whose regulations remain in effect to this day.

Russian Moon Base to Hold Up to 12 People – Roscosmos
But these treaties, which discussed theoretical possibilities, are faced with pretty practical — albeit peaceful — incentives. More companies are interested in doing business beyond the low orbit around Earth, and legislative basis for such activity is uncertain, leading to questions raised by governments and tech giants alike.

According to a report by New York Times, a company named Moon Express now plans to perform mining operations on the Earth's only natural satellite. Currently, the company's plans are humble: they want to deliver the first batch of lunar rocks to Earth, since the Apollo mission in 1975. If things go well, there are various possibilities, which could include mining Helium-3, the wonder fuel for future power stations.

However, the Outer Space Treaty, officially named the "Treaty on Principles Governing the Activities of States in the Exploration and Use of Outer Space, including the Moon and Other Celestial Bodies" prohibits any country to claim any celestial body or even areas of a celestial body as their own.

"The moon and other celestial bodies shall be used by all states parties to the treaty exclusively for peaceful purposes," the treaty states.

While the US Senate is all in favor of letting private companies conduct peaceful business on the moon, the question looms as to how a firm can operate without claiming territory for a base? And what, precisely, would the entity be allowed to do, or disallowed from doing?

"Before it was something really, really hypothetical," NYT quotes Fabio Tronchetti, a law professor at Harbin Institute of Technology in China. "But now there are groups that are really serious. It changes everything."

Moon Express received a privileged workaround for only one of their flights (probably because it never involved building any permanent structure and, therefore, claiming any part of the moon). But that permission took a year of working with the government — not because the government was reluctant, but rather because there was literally no mechanism to grant the permission the company sought.

SpaceX Aims to Resume Falcon 9 Flights in 2016, Blames Helium Tank for Explosion
According to the treaty, commercial companies "require authorization and continuing supervision" of the government. However, despite that there are at least three bodies that are in some way responsible for overseeing space missions (Federal Aviation Administration, The Federal Communications Commission and the Department of Commerce), none of them have the authority to give a green light to a moon mission.

Unless the US government, with the support of its president, paves the way for companies to receive licenses for space enterprise, they could simply slip out of US jurisdiction. Especially as other countries are not so sensitive when it comes to conducting business in space, NYT suggested, and where bureaucratic process are less hidebound. Besides, not even every western European nation is a party to the treaty.

But even when that problem is sorted out, the question remains: how can one mine a celestial body without claiming a section for themselves?

New rules are required for new times, and deep-pockets tech giants will have to lead with their wallets. Cash-strapped governments will follow, offering tax breaks, land, inexpensive labor and, most of all, a sovereign blessing for the exploitation of celestial bodies — as long as profit-sharing in the spoils is included.