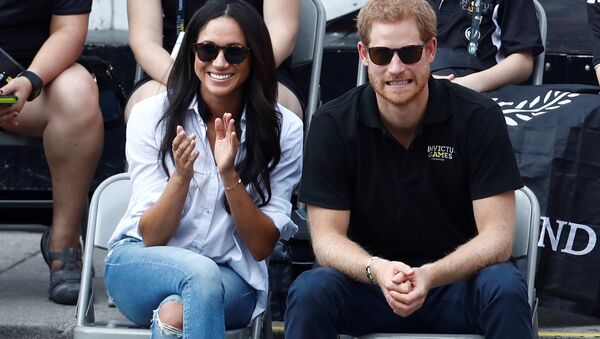 Prince Harry - fifth in line to the British throne- is to marry his American actor girlfriend Meghan Markle, it has been announced. A royal wedding fever almost instantly took over the social media.

The official news broke on Monday, November 27, after months of speculation that the couple were about to tie the marital knot.

The Prince of Wales is delighted to announce the engagement of Prince Harry to Ms. Meghan Markle. pic.twitter.com/zdaHR4mcY6

The Queen and Duke of Edinburgh announced they "are delighted for the couple and wish them every happiness", a Buckingham Palace spokesman said.

Harry, 33, has been dating the 36-year-old actress, who appeared in the US legal drama Suits, since the summer of 2016. Various reactions to the royal engagement announcement predictably poured in from social networks members.

CONGRATS to Prince Harry and Meghan 🙌🏻🎉👰🏼 Bring on the Royal Wedding pic.twitter.com/gjokx7Kwwh

Realising you will now never get to marry Prince Harry, despite it being your dream since you were 8 pic.twitter.com/fcYmGKpNxp

Hey Prince Harry and Meghan hurry up and announce a date for the wedding. We want to know when we’re getting a day off! pic.twitter.com/Yq3AZVWh5o

The smirk you give when racists are mad that Prince Harry is marrying a black woman #blacktwitter #princeharry pic.twitter.com/kNIXGv179B

The world: Prince Harry is going to marry Meghan Markle!
The UK:…Do we get the day off? pic.twitter.com/0UBYCIV8bf

My family are getting super excited about prince harry getting engaged to that girl from suits pic.twitter.com/wpAsqEngKV

Meghan and Prince Harry got the cookout like pic.twitter.com/aT1UGMeBP9

Their 16-month relationship began when they met through mutual friends in London and the pair have been particularly close in recent months, with Ms. Markle staying regularly at Harry's home in Kensington Palace.

The news was warmly greeted by Ms. Markle's parents, who in a statement, said "we are incredibly happy for Meghan and Harry" and "we wish them a lifetime of happiness and are very excited for their future."