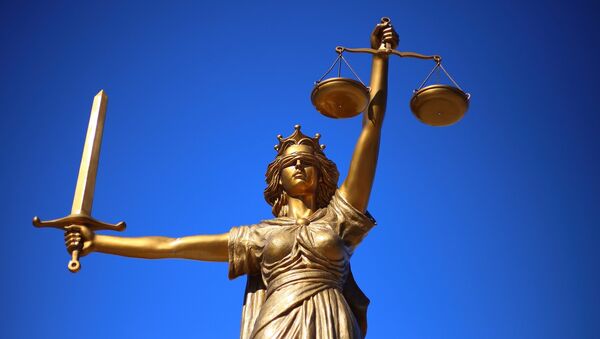 Fighting piracy in the world's largest oceans is a dangerous job. However, as 35 individuals who've spent four years in an Indian prison found out to their immense cost, often the biggest danger is national coastguards.

Thirty-five men arrested in October 2013 while working as security guards on ships combating piracy in the Indian Ocean have been found not guilty on appeal — among them a sextet of former British soldiers, known popularly as the "Chennai Six."

The moment the family of Nick Dunn, one of the @TheChennai6, found out they had received a full acquittal after four years in an Indian jail pic.twitter.com/eixkWgv2uA

​A Facebook post said all 35 had been acquitted and their families were "understandably delighted" that "common sense and justice" had finally prevailed.

In a statement, UKIP leader Henry Bolton said the news was "outstanding."

"Now, finally, the Indian judicial system has found them not guilty — a decision that should have been made years ago. I am over the moon the Chennai 6 will be able to return to their families in time for Christmas.  The families and friends have shown utterly remarkable courage, resilience and determination in their campaign to have their loved ones released. I'd also like thank their legal team and the broad range of politicians and public figures whose unceasing efforts have worked to bring about today's result,"

Nonetheless, Bolton noted that while essentially free, the men are effectively stuck in India — as a result, he called on the Foreign & Commonwealth Office to "immediately" bring the exonerated men back home, under the protection of Her Majesty's Government, "and fast."

The men remain in limbo as they need police clearance to exit the country.

The six men — Billy Irving, 37, from Argyll and Bute, Nick Dunn, 31, of Northumberland, John Armstrong, 30, of Wigton, Cumbria, Nicholas Simpson, 47, of Catterick, North Yorkshire, Ray Tindall, 42, of Chester, and Paul Towers, 54, of Pocklington, east Yorkshire — all ex-Forces personnel with a combined 74 years of service, were arrested in October 2013 on charges of entering Indian waters without permission.

At the time, they were aboard the US-owned anti-piracy vessel MV Seaman Guard Ohio, tasked with protecting merchant seamen in some of the most dangerous waters in the world.

The coastguard accused them of straying into Indian waters without permission as they headed for emergency fuel and supplies — once officials boarded the ship, officials discovered 35 firearms and ammunition. Despite the crew's pleas the weapons were lawfully held for anti-piracy purposes, backed by authentic documents issued by the UK Government's Department for Business, Innovation & Skills, the men were arrested.

Nonetheless, the Indian High Court initially accepted the paperwork was in order, and dismissed the case — but the men were unable to leave India while a lengthy appeal against the charges being dropped was considered.

This led to the men standing trial at a magistrate court, which then decided the individuals had failed to prove that they were conducting anti-piracy duties —in January 2016 they were sentenced to five years' imprisonment.