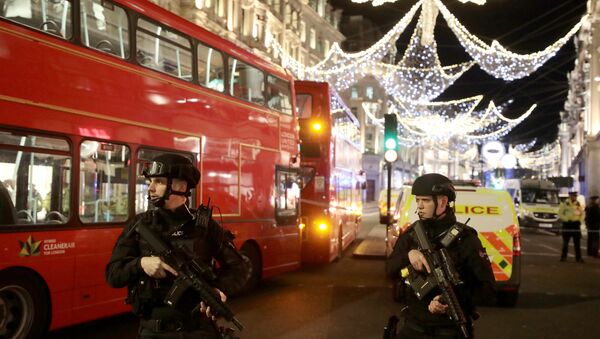 A mass dismay took over central London on the Black Friday night, leading to a human stampede in one of the busiest streets of the capital. Sputnik spoke to a counterterrorism consultant about the possibility of introducing gunshot detection technology aimed at preventing similar incidents.

Hundreds of people ran for their lives after reports of gunshots at Oxford Circus underground station in central London on November 24, but it turned out to have been a false alarm.

It now appears the panic was triggered by a fight between two men on the station platform.

David Lowe, a former police officer and counterterrorism consultant, said it might be time to try new technology in London in a bid to avert further mass panics.

"New technology would be welcome. Something has got to be piloted and nothing is lost in trying it. If it has been a success in the US it could be something for them [UK law enforcement] to consider," Mr. Lowe told Sputnik. 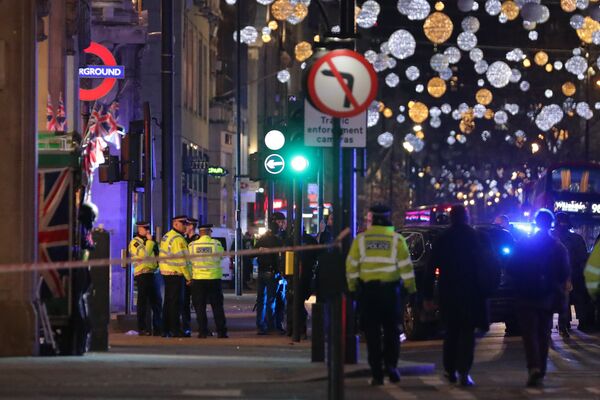 Many US cities use gunshot detection technology, which can tell whether a gun has been fired in a certain location. In cities like Chicago, which are prone to gang warfare, police cars respond to the alerts sent out by the ShotSpotter system before anyone even makes a 911 call.

ShotSpotter was trialled in the UK in 2011/12 but the results were not positive.

In August 2012 West Midlands Police, which covers the city of Birmingham, said only two out of 1,618 alerts produced by the system since November 2011 were confirmed gunshots and ShotSpotter had failed to pick up four other shootings.

And much of that game changing data comes from @shotspotter. Alerts and precise locations of shootings in the hands of cops in under a minute. https://t.co/3Ktn49lAnc

The West Midlands pilot was carried out before changes were made and the police forces started paying an annual subscription, while ShotSpotter's own experts analyzed each alert to decide whether or not it was a gunshot.

This had massively reduced the number of false alarms, Ralph Clark, CEO of ShotSpotter told Sputnik.

Mr. Clark said the number of US cities now using ShotSpotter had consequently risen from 30 to 100.There were around 20 sensors per square mile in New York and each was equipped with noise cancellation software which lowered the ambient noise and made it easier to pick up "spiky noise" like a gunshot, he added.

"It's a real gamechange capability. You can now get a precise alert within 30 or 40 seconds and in a place like London where there's a lot less gunfire than in a US city it would be very effective," Mr. Clark told Sputnik.

He said ShotSpotter was able to differentiate between gunshots and other similar noises like fireworks and cars backfiring.

Additional officers remain on duty in the West End to reassure the public. We thank the public for their patience and assistance during our response. If you see anything suspicious dial 999 immediately #OxfordStreet

'Time to Look at Evacuation Procedures'

​Mr. Lowe said he thought it was also time for a complete rethink of security in London's underground stations.

"We are going to have to start looking at places like underground stations where there is a high volume of people. We need to look at evacuation procedures and ensuring we get the right message over to passengers. It's one of the busiest Tube stations in London and there are always some parts of the station that are not covered by CCTV," he told Sputnik. 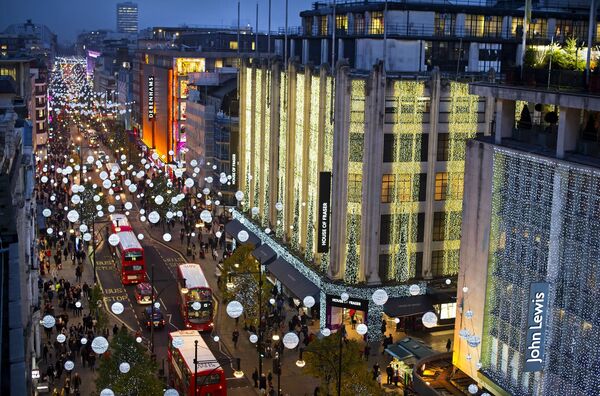 However, the British Transport Police and the Metropolitan Police were right to respond "as if it was a terrorist incident," according to David Lowe, a former police officer and counterterrorism consultant.

"If they got a report of gunshots they did the right thing because it is easier to scale down than to scale up. After what has gone on this year everybody can understand why they made that response," he told Sputnik.

Selfridges London was evacuated today as a precautionary measure. We have been working with @MetPoliceUK and can confirm that were no reported incidents in store. Oxford Circus and Bond Street tube stations are now back open.

Fifteen people were injured while trying to get out of the station and dozens were traumatized by the incident on Black Friday that has quickly become the biggest shopping day in the UK calendar since it was first imported from the US by Walmart-owned Asda in 2013.

Following the Oxford Circus incident earlier we treated several patients who sustained injuries whilst leaving the area and discharged 7 patients at the scene and took 9 patients to hospital. pic.twitter.com/Kyap01p4Gu