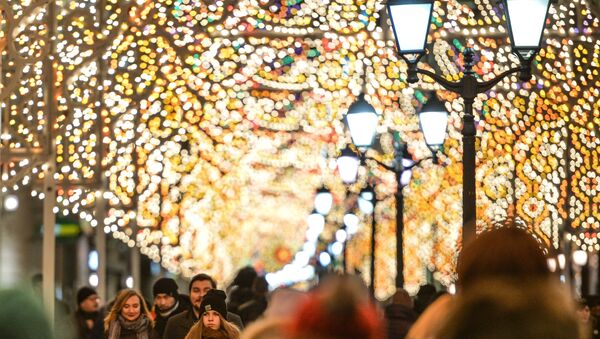 © Sputnik / Vladimir Astapkovich
/
Go to the mediabank
Subscribe
International
India
Africa
As the world switches from incandescent light sources to LEDs as a means to save energy on outdoor lighting, a group of researchers has rung the alarm about what the switch to the new energy-efficient source really means.

Light Festival in Ulsan: Watch South Korean City Shine Bright Like a Diamond!
Saving energy and illuminating our streets with that awesome-looking, futuristic blue/white light is cool, but it now comes with unforeseen consequences that are not so good, say a group of European researchers who have published a study in the journal Science Advances explaining that LEDs lead to more light pollution at night.

Let There Be Light! Sweden Torches World's Tallest Advent Candles
And all the while, the satellite-based DNB sensor returns zero information on the rapid implementation of additional LEDs. Combine that with previous figures and world luminosity increasers drastically, becoming a health issue for creatures — like humans — that require stillness and darkness in their diurnal cycle.