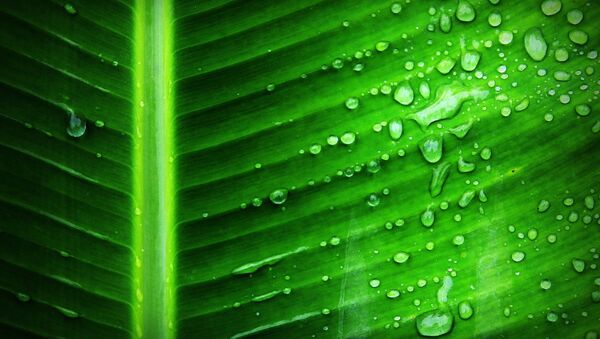 CC0 / /
Subscribe
The journal Nature Communications has published an article on the research project of an international team of physicists from the National University of Science and Technology (NUST MISIS), the Russian Quantum Center, the University of Karlsruhe and the University of Mainz in Germany on how to simulate photosynthesis processes.

Usually, photosynthesis is understood as a combination of processes, involving the absorption and conversion of the energy of light and the use of this energy during various reactions, including the transformation of carbon dioxide into organic substances, with the emission of oxygen. The reproduction of photosynthesis in artificial conditions has become a priority because of a decrease in the number of plants in the world. But it is necessary to study and understand any process before it can be reproduced.

This task has been a tough nut to crack, and even with all the computers in the world, some central questions couldn’t be answered. As a result, researchers decided to simulate a number of processes using quantum computers.

“When absorbed by a substance, light interacts with the oscillations of inter-atom bonds inside molecules, including those responsible for photosynthesis. The properties of these oscillations allow molecules to “store” large amounts of light quanta or energy. It is also known that light quanta, (the smallest quantity used for measuring the energy of electromagnetic waves), are absorbed during photosynthesis (Editor’s Note: One light quantum equals one photon). The energy of the light quantum/photon is absorbed completely during its interaction with any given substance. The efficiency of this process is more than 50 percent. This highly effective technique makes it possible to convert the energy of light into energy which is stored inside matter,” said Alexei Ustinov, Head of the Superconducting Metamaterials Laboratory at NUST MISIS and Head of the Russian Quantum Center’s group.

In this case, artificial atoms or superconducting cubits were used as the quantum computer’s memory cell. These cubits act as natural particles and have the same composition at quantum level. But it is possible to instantly change their structure and physical properties. This concerns, for example, the distance between energy levels or the amount of energy needed for transferring an artificial atom from one level to another. Low temperatures, an essential pre-condition for quantum measurements, were maintained at 20 milli-kelvin or almost absolute zero. These extreme sub-zero temperatures prevent heat oscillations from hampering the observation of quantum-mechanical processes.

Russian Researchers Create Alloy With Elasticity of Human Bone
The word “superconducting” means that a cubit’s material possesses zero electrical resistance after attaining a temperature below preset levels. This is also necessary to neutralize excessive electron movements. Changing light-frequency levels were used for evaluating the state of cubits; and the method of quantum-computer calculations is based on this principle.

It is possible to use an ordinary computer for calculating the parameters of a system with only one photon and only a single two-level system, or artificial atom. In reality, there are many photons, and they can interact with several artificial systems. And only a quantum computer makes it possible to conduct calculations inside a complex system, similar to the natural process of photosynthesis.