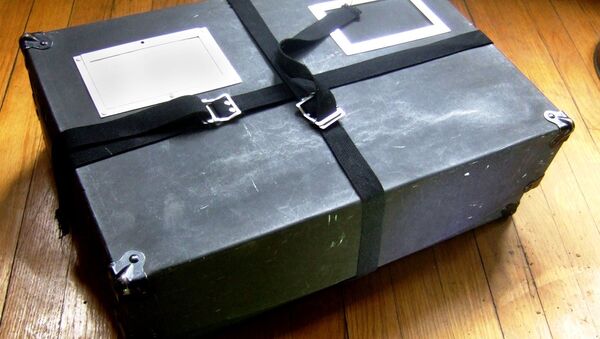 © Flickr / David Moreau
Subscribe
Adding more fuel to the cat-vs-dog wars is the news that hair from one of her cats ultimately led authorities to a woman alleged to have tried to kill prominent American officials with mail bombs.

Julia Poff, 46, a woman from Texas, has been charged with multiple crimes, including mailing self-made explosives to Texas Governor Greg Abbott and then-President of the United States Barack Obama. According to the police, had the recipients opened the parcels, they could have killed them, inflicting severe burns.

47 Killed as Blast Hits Indonesian Fireworks Factory - Police (GRAPHIC VIDEO)
According to the federal court documents, Poff sent three parcels — one to the president, one to the Texas governor and one to the Social Security Administration. Abbott was the only recipient to open the package, but it didn't detonate because he "did not open it as designed."

The other two packages were screened and "rendered safe," the investigators told KPRC TV.

​The police were able to trace the improvised explosive devices back to Poff after examining the household items she used while making them, which included a cigarette box and a salad dressing cap. The salad dressing was a brand Poff was known to have bought for an "anniversary dinner," the indictment said, according to the Washington Post.

But what pointed the police in Poff's exact direction was her cat's hair; or, in the judge's words, a hair that was "microscopically consistent with the hair of one of Poff's cats."

When asked about the explosives, Poff acknowledged making them, saying she did it because she "had not received support from her ex-husband." She had also applied for Social Security benefits but was denied, the investigation documents say. The investigation does not elaborate any connection between Poff's former spouse and Abbott and Obama, however.

The police that searched her house discovered a cache of fireworks and reloading equipment, as well as a pair of latex gloves, the Daily Mail reported.

"One of Poff's previous jobs was working at a fireworks stand for years," the newspaper reported.

According to the Houston Chronicle, Poff told reporters that police had taken trash from her home. Talking to the Chronicle, she was also quoted saying that trash was "used in some serious crimes that we did not commit and know nothing about." There's no indication as to who "we" was.

The police investigation also found that Poff had been involved in food stamps fraud and had falsely declared bankruptcy. She is now facing a total of six criminal charges and is scheduled to appear in court for a hearing on January 2, according to Reuters.