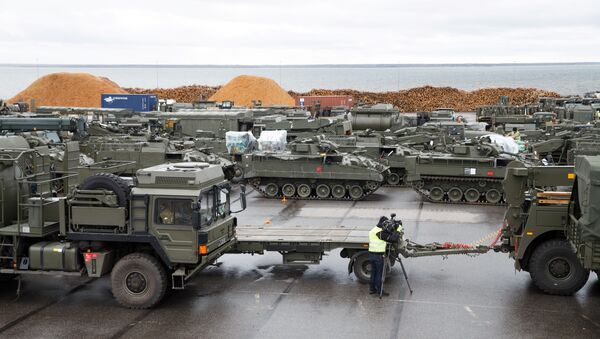 © AFP 2021 / Raul Mee
Subscribe
Iran winning a lawsuit against Britain would have a strong impact on the UK’s policies, Hoshyar Rostami, an independent Iranian economist and head of the finance department at the Canadian University of Economic Research called Finapath in Iran, told Sputnik.

The debt payoff is more of a legal issue, rather than an economic or banking one, said Rostami in his comments to Sputnik. If the money gets unfrozen that doesn’t mean the same will be done with all the country’s assets around the world, but Iran getting Britain to pay will definitely affect the UK’s policies at large and ease ties with Iran, argued Rostami. He said the US made the first step to this end, as it endorsed the Iranian nuclear deal back in 2015. Britain could have followed the US example, he added.

Earlier there were reports that Great Britain would promptly pay Iran 450 million pounds, which it has owed the Islamic country since the 1970s.

"An outstanding debt owed by the UK to Tehran will be transferred to the central bank of Iran in the coming days," Tehran’s envoy to London, Hamid Bayedinejad, wrote in his Telegram channel.

The dispute dates back to the 1970s when Britain’s International Military Services company struck a deal to supply 1,500 Chieftain tanks and other military equipment to Iran, but was halted as the Shah was overthrown in 1979.

Iran paid 650 million pounds up front, but the UK sent in a mere 185 tanks, having not fulfilled the agreements.

In 2001 and 2009, the court ruled Britain, which was acting illegally, to pay off the owed sum, but interstate political complications and international sanctions on Iran have been delaying payment ever since.

The talks resumed in 2016, as the sides to the conflict finally engaged in a peaceful dialogue.

Speaking to Sputnik on Wednesday, the Iranian envoy noted that the Western media was trying to picture the case as a behind-the-scenes deal struck by two nations in a struggle to free Nazanin Zaghari-Ratcliffe, an Iranian-British citizen, who was detained in Iran on charges of working against the regime.

"Western media outlets are presenting the facts in the way that is most convenient for them," Sputnik cited the Iranian Embassy in London as saying.

Earlier, The Times assumed that the British government believes the Iranian announcement could really be made to force Britain into paying the debt.