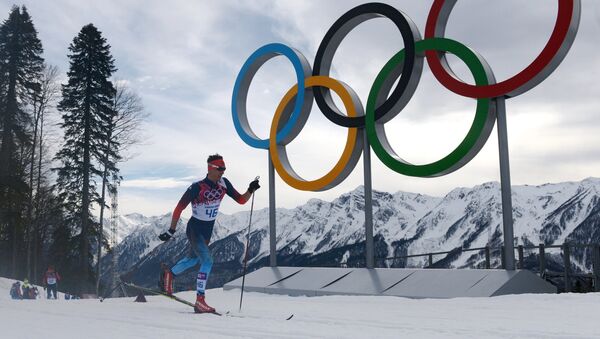 The International Olympic Committee's decision to ban several Russian skiers without tangible evidence has raised many eyebrows; not least in the International Ski Federation, whose premier anti-doping expert himself condemned the move as "childish" and pronouncedly "anti-Russian."

After banning Olympic gold medalist Alexander Legkov and five other skiers for life and stripping some of them of their 2014 Sochi medals, the IOC will decide in early December whether Russia will be allowed to join the 2018 Olympics in Pyeongchang.

None of the six skiers has personally tested positive for doping. Instead, the doping allegations are based on the so-called McLaren report,claiming that Russia ran a systematic doping program and replaced urine samples with clean ones during the Sochi Olympics, which Russia denied.

Damsgaard, who has been personally involved in building the FIS anti-doping system, which is based on athletes' "biological passports" and targeted doping tests. According to him, anti-doping efforts have gone a long way in recent years, making it possible to reveale extensive cheating, particularly the systemic variety.

"Legkov, Vylegzhanin and the other suspended skiers have been tested hundreds of times in recent years. We have followed their blood profiles and steroid profiles. None of them has been flagged. Our system is completely transparent," Damsgaard said.

While lawyer Christof Wieschemann called the decision "scandalous" and mocking the IOC's own principles, Damsgaard agreed that Russia was not given a fair field.

​"The whole world is against Russia. Anti-doping is in the wrong direction. While Russia is in focus, all other worries get sidelined," Damsgaard said.

Muscle Hustle: Thousands of Nordic Athletes Guzzle Doping for Quick Effect
The FIS expert drew attention to China, whose athletes are notoriously hard to find and test, and Kenya, whose anti-doping agency too had problems with the World Anti-Doping Agency (WADA).

"WADA suspended Bejing's anti-doping lab in April 2016. Who tested the Chinese before the Rio de Janeiro Olympics [in which China came third]?" Damsgaard asked rhetorically. "Furthermore, WADA suspended the anti-doping agency in Kenya, but no one puts them under pressure. At the same time, Kenyan athletes keep winning across the globe. Instead, everyone focuses only on Russia. It's childish," Damsgaard said.

Russia intends to appeal to the Court of Arbitration for Sport (CAS). Meanwhile, the FIS has let Russian athletes compete in this year's tournaments.

"It's always sad when an athlete is put off without having committed a significant doping offense," Rasmus Damsgaard concluded.

Damsgaard strongly advised WADA and the IOC to submit all evidence, if they even have any.