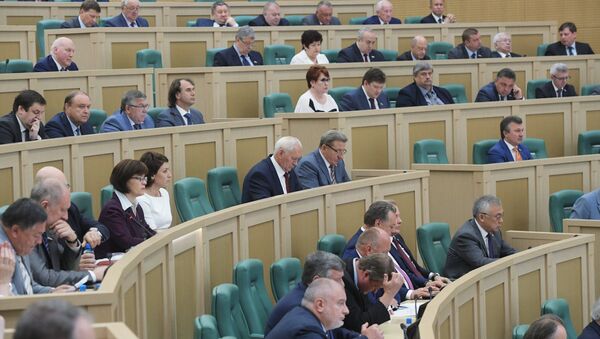 According to the text of the law, media that receive financial assistance from foreign states or organizations can be recognized as foreign agents.

A total of 154 lawmakers voted in favor of the draft law, one abstained, no votes were cast against the bill.

The decision on which media will be classified as "foreign agents" will be taken by the Ministry of Justice. The head of the State Duma's committee for information policy, Leonid Levin, noted that Russian media which obtain foreign funding will not fall under the new law.

The bill will be sent to the president to be signed into law.

According to reports, notices about the possibility of expanding legislation regulating media "foreign agents" were sent to "Voice of America", "Radio Free Europe / Radio Liberty", "Now", the regional projects of "Radio Liberty" and some others.

Speaker of the Russian Federation Council Valentina Matvienko said that during the discussion of the law, the committees held an "open legal dialogue".

Andrei Klishas, Chairman of the Russian Federation Council Committee of Constitutional Legislation and State Building, noted that the adoption of the law does not violate the constitutional rights of foreign media organs.

Amendments to the status of media to determine foreign agents were a forced response to the pressure on Russian media in the US and, in particular, the recognition of RT America as a foreign agent.