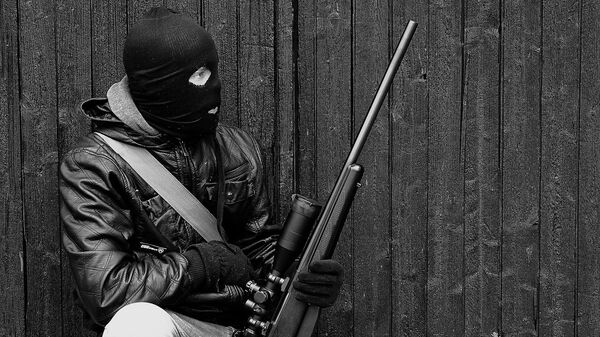 CC0 / /
Subscribe
Gladio, a clandestine NATO operation in which right-wing groups carried out acts of domestic terrorism across Europe, is barely known in 2017. Independent researcher Tom Secker has told Sputnik the policy may continue today.

On November 22, 1990, the European Parliament passed a resolution on the Gladio Affair — a NATO operation in which covertly state-sponsored right-wing groups and militaries carried out attacks and criminal acts as part of a "strategy of tension," designed to discredit the left, and justify ever-greater security measures, over the course of more than four decades.

"For 40 years… a clandestine intelligence and armed operations organization [has existed] in several member states. This organization has escaped all democratic controls, and been run by the secret services of the states concerned in collaboration with NATO. Such a clandestine network may have interfered illegally in the internal political affairs of member states [and] may still do so. Military secret services (or uncontrolled branches thereof) were involved in serious cases of terrorism and crime. These organizations operated completely outside the law," the resolution stated.

It added the various Gladio organizations had "independent arsenals and military resources" at their disposals, giving them "unknown strike potential," and jeopardizing the democratic structures of the countries in which they operated as a result.

The resolution's authors were "greatly concerned" at the existence of decision-making and operational bodies not subject to any form of democratic control and completely clandestine nature, and called for a full investigation into the "nature, structure, aims and all other aspects of these clandestine organizations or any splinter groups," their use for illegal interference in the internal political affairs of the countries concerned, the problem of terrorism in Europe and the possible collusion of the secret services of Member States or third countries.

Strident words these may be, but for independent researcher Tom Secker, the resolution still puts it mildly.

"It's written in the usual language of government bureaucracy, and isn't remotely comprehensive — it's a one-page document referring to maybe 40 years of covert operations. However, it is quite strong, and it did produce some successes — there were parliamentary inquiries in Italy, Germany, Switzerland and Belgium, and in certain cases they found the right culprits of some attacks and successfully prosecuted them. Still, as we saw with the recent story on the Belgian secret army and the Brabant massacres, even now it's difficult to get to the facts," Mr. Secker told Sputnik.

To his mind, the most egregious Gladio events were the Piazza Fontana and Bologna train station bombings, two of the most violent episodes in Italy's infamous "years of lead." The former, which killed 17 and injured 88, was the work of right-wing group Ordine Nuovo (New Order), who wished to dupe the public into believing the bombings were part of a communist insurgency.

In a subsequent trial, Vincenzo Vinciguerra, a member of the group, in addition to discrediting left wing political groups, such actions also aimed to inculcate a climate of fear among the general populace, which would encourage the population to appeal to the state for protection, and promote "conservative, reactionary social and political tendencies."

"You had to attack civilians, the people, women, children, innocent people, unknown people far removed from any political game. The reason was quite simple. They were supposed to force these people, the Italian public to turn to the State to ask for greater security," he testified.

Paolo Emilio Taviani, the Christian Democrat co-founder of Gladio also said in 2000 while he did not believe the US Central Intelligence Agency was involved in organizing the Milan bomb, he believed it "certain" that agents of the CIA were among those who supplied the materials and "muddied the waters of the investigation."

The latter killed 85 and injured over 200, and is the fourth deadliest terrorist attack in Western European history, behind the Nice attack in July 2016, the November 2015 Paris attacks, and the March 2004 Madrid train bombings. However, while bloody indeed, Mr. Secker stated the UK's use of Gladio-style tactics in Northern Ireland caused just as much violence, if not more, than Italy suffered.

"One wonders what happened in Northern Ireland — whether those operations were ever shut down, or whether the rumours the 'Real IRA' were just an offshoot created by MI5 to suck in the remaining extremists in order to keep an eye on them, which begs a lot of questions about the Omagh bombing," he continued.

While the resolution called on member state governments to "dismantle all clandestine military and paramilitary networks" associated with Operation Gladio, it's uncertain whether they were — and while the US State Department published a communique in January 2006 confirming the existence of NATO stay-behind efforts, it denies the US ordered, supported, or authorized terrorism by stay-behind units.

Nonetheless, for his part, Mr. Secker strongly suspects the policy has continued since.

"I can't prove it but I suspect that the string of terrorist attacks in the UK in the run-up to this year's election were modern Gladio-type operations — after all, they mysteriously stopped as soon as the Tories got re-elected. Also, it's been suggested that al-Qaeda are (or were) a Gladio-style secret army, operating across a much broader territory and for different political purposes. When the triple agent terrorist Luai Sakra was caught he told interrogators the group was a 'secret service operation,' " Mr. Secker concluded.