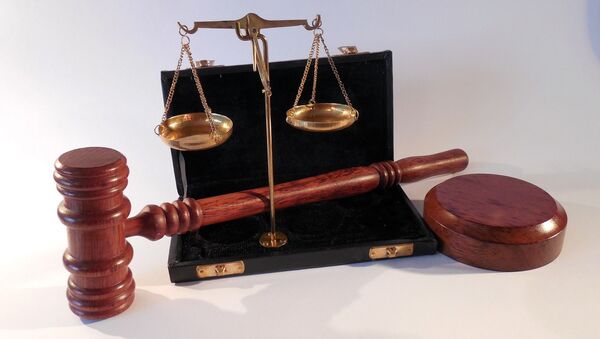 CC0 / /
Subscribe
Britain has lost its seat on the International Court of Justice (ICJ) for the first time since its creation in 1946. Sputnik spoke to Ben Donaldson, the United Nations Association's Head of Campaigns, who said the loss of the seat to India showed Britain was losing influence.

Sir Christopher Greenwood, the current British judge, was running for re-election to the International Court of Justice for another nine-year term but withdrew after facing a run-off vote against India's Dalveer Bhandari.

The International Court of Justice, based in The Hague in the Netherlands, is the United Nations' supreme legal body and settles disputes between member nations.

One of the 15 judges has been British ever since the court was founded in the aftermath of World War II.

"It is a soft power objective as old as the hills for countries to want to get their individuals in top positions, so this could be indicative of a reduced influence that the UK has over its peers. It shows that the UK no longer has a monopoly on the top jobs at the UN and it is emblematic of that reduced level of influence," Ben Donaldson, the United Nations Association UK's Head of Campaigns, told Sputnik.

A third of the 15 judges are elected every three years, but Sir Christopher, a former professor in international law at the London School of Economics (LSE), suddenly saw his position under threat.

A former Lebanese ambassador to the UN, Dr. Nawaf Salam, won one of the slots reserved for Asian candidates, which meant Judge Bhandari was forced to bid for a seat usually held for Europeans.

The matter has been widely discussed on social media.

We lose the agencies, we lose our judge on ICJ, we lose our prosperity outside CU and SM. Our country is dismantling itself at home and abroad and no-one who is in a position to seems to be stopping it. This is all very surreal.

An enormous upset in the UN — for the UK, the P5, the Security Council — and a huge victory for India and reform: British candidate for ICJ withdrawn. https://t.co/3LtE7hwOpz

Losing the EBA/EMA are inevitable Brexit damage. Losing our ICJ judge is an extraordinary, sad illustration how we are shrivelling on the world stage. https://t.co/kDnSbpsCh8

Until now, every permanent member of the UN Security Council has pretty much always had a judge on the ICJ. Not anymore. Global Britain!

Sir Christopher had the support of the UN Security Council — on which Britain sits — but Judge Bhandari was backed by the UN General Assembly.

Eventually Britain, and Sir Christopher, conceded and backed out of the contest, leaving the way clear for Judge Bhandari.

I congratulate Justice Dalveer Bhandari on being re-elected to the International Court of Justice. His re-election is a proud moment for us.

The Group of 77, a coalition representing of mostly developing nations — has long been pushing for greater influence and is increasingly resentful of the P5, the five permanent members of the Security Council — Britain, France, Russia, China and the United States.

Beware the Rise of the G77

Mr. Donaldson said the G77 was asserting itself in the General Assembly and was now confident enough to stand up against a P5 member, something it would not have done five or 10 years ago.

He said the G77 had also used its influence last year when there was a groundswell of support in the General Assembly for Antonio Guterres, when he was chosen as Secretary-General.

Mr. Donaldson said Brexit was definitely relevant to Britain's reduced influence and there were signs that other European Union countries were less willing to come to the UK's aid.

He said that the recent General Assembly vote on the Chagos Islands which went against the UK, where Mauritius wanted action against the UK over the way it had behaved to the islanders and several EU states abstained.

"That was interpreted by many as Brexit-relevant," he told Sputnik.

Mr. Donaldson said technically those appointed to the ICJ were international civil servants who do not represent their home nation's national interests.

Here’s the piece I wrote in 2008 when Sir Christopher Greenwood was appointed to the @CIJ_ICJ: https://t.co/WfLM5N7NEF It summarises an interview I did with him earlier that year. Very sorry he won’t get a second term but he’ll have no shortage of work.

Mr. Donaldson said the British government was keen to keep the Indians "onside" in the run up to next year's Commonwealth Heads of Government Meeting (CHOGM) where trade talks were expected to take place.

The other three judges to the ICJ were Ronny Abraham, from France, Antônio Augusto Cançado Trindade from Brazil and Somalia's Abdulqawi Ahmed Yusuf.