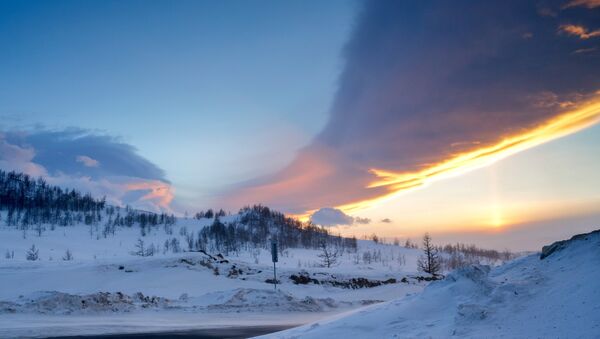 Rosatom has spoken out after the Russian Meteorology Agency report confirmed that a high level of ruthenium in athmosphere had been detected; it was reported earlier in October by the European monitoring agencies.

The Rosatom represtative has stated that there were "no incidents or accidents at nuclear facilities in Russia". The statement appeared just hours after the  Russia's meteorological service (Rosgidromet) reported that it has detected the record levels of radiation in Russia's Ural regions and a radioactive cloud that drifted over Europe in early October.

The Mayak nuclear processing plant, located in the Urals, has also come out with a statement saying that "atmospheric pollution with ruthenium-106 that was found by Rosgidromet is not connected to the work of Mayak," since the work on the separation of ruthenium-106 from spent nuclear fuel (and the production of ionizing radiation sources on its basis) has not been carried out for many years at the facility.

Earlier, Rosgidromet confirmed that the the monitoring systems have detected an increase in the concentration of ruthenium over several parts of Russia. However, according to the press release, the concetration does not exceed the maximum permissible concetrations.

The exact source of the spike, however, remains unknown, though IRSN suggested that the cause might be an accident.

Earlier, the French nuclear watchdog IRSN announced that several European monitoring networks have detected radioactive isotope ruthenium 106 in the atmosphere in France and several other European countries in September.

According to IRSN, "the most plausible zone of release" of this radioactive material "lies between the Volga and the Urals." The agency noted, however, that it is impossible to determine the exact point of release given the available data.

Also, the levels of ruthenium detected in European airspace posed no threat to human health or to the environment, IRSN added.