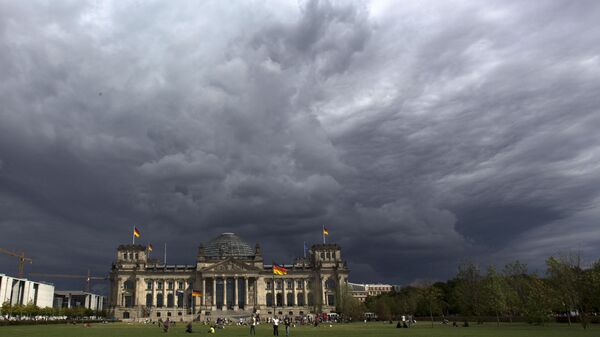 Failure to form a coalition government has left Germany in a situation unprecedented in almost 70 years, which brings the prospect of snap elections. Alastair Newton, co-founder and director of Alavan Business Advisory and a former career diplomat with the British Diplomatic Service commented to Sputnik on the political options available to Merkel.

Sputnik: Failure of coalition talks is unprecedented in post-war Germany. What consequences will it bring?

Alastair Newton: At this stage, the consequences are a lot of political uncertainty. It is not entirely clear that the FDP (Free Democratic Party) pulled out purely for substantive reasons. The FDP is also aware that being Angela Merkel's junior coalition partner is not particularly good news. 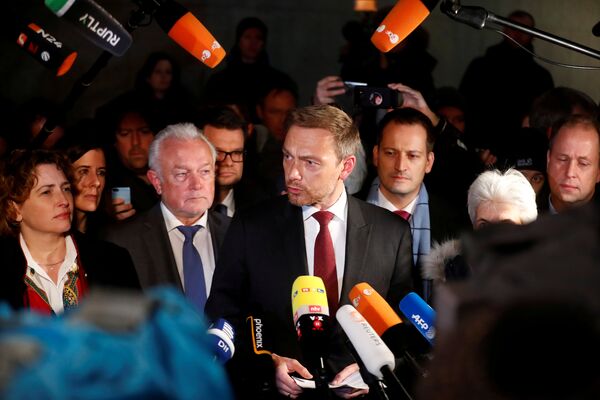 Sputnik: Negotiations failed. There is no chance for a coalition government anymore, is there?

Alastair Newton: We may get a minority coalition government. Clearly, Merkel's meeting with President Steinmeier is going to be airing options, including another election. Steinmeier and Merkel, who are good friends and they have a good personal relationship, they will want to consider options other than just moving to early elections.

Sputnik: This is not a very comfortable position for Chancellor Merkel to find herself in.

Alastair Newton: No, it is not. Her position could be in jeopardy. Well, that is certainly the case. If there is to be a new election, it is actually quite hard to believe that anybody in the CDU (Christian Democratic Union) ranked in the leadership position would have done better. The FDP, having withdrawn from the coalition negotiations, has been loudly blamed by the other three parties to the negotiations. And it may urge the German voters to decide to punish the FDP in the event of another election for withdrawing and causing this – you use the word crisis, I wouldn't personally yet, it could become a crisis, but I don't think it is at this stage – this uncertainty that we now have in German politics. 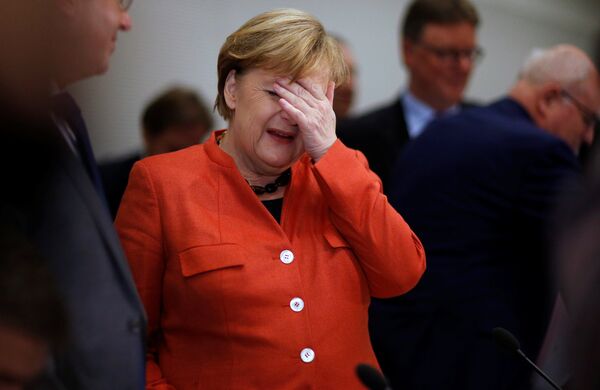 If the FDP does lose votes relative to its actually pretty impressive performance in September, I think a lot of those votes would actually go to CDU/ CSU (Christian Social Union) and may help Merkel. If she is taking votes from the FDP, it does not mean that she is going to be in a better position after the election to form a new coalition than she is today because it would still basically add up to the same total numbers available and we may well still be looking at another attempt of the three-party coalition.

What she really needs to do is to take votes which have drifted away from the CDU/ CSU across to the alternative options. She needs to get some of those people to come back to vote for her again.

Sputnik: Let's say, hypothetical scenario: there is an election, and Merkel loses. She fails to win the election. What is next up?

Alastair Newton: It is very unlikely to happen indeed. If somehow the SPD (The German Social Democratic Party) manage to recover from the doldrums that it has been in for a long time (let's keep in mind that there at the election outcome on September 24 was there anything more disappointing than Angela Merkel, particularly given all the excitement which accompanied Martin Schulz at the beginning of the year?). 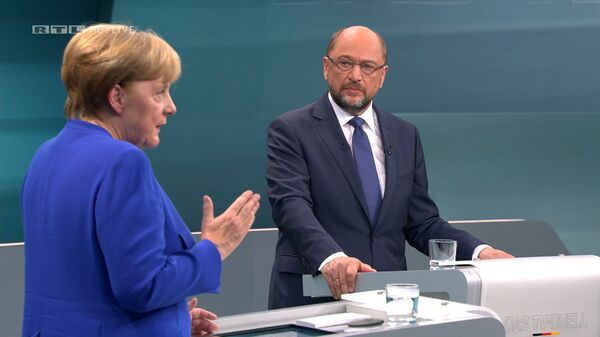 If Merkel were to lose to SPD that would have made an interesting conundrum for the SPD because they have sworn not to form a three-party coalition with the Greens and the Die Linke, the extreme left-wing party, despite the fact that they do have similar coalitions made up on those three parties at the land level. It would be very interesting to see whether in these circumstances the SPD would forgo what is actually a self-denying commitment at this stage for coalition negotiations with Die Linke and the Greens, because I can't see any way in which the SPD would form a two-party majority coalition, any more than the CDU has been able to do as yet.

Sputnik: Is it plausible to theorize that in the event of a new election the AfD (The Alternative for Germany) can actually get even more votes?

Alastair Newton: Yes, it is certainly possible to theorize that they could quite easily improve on the 13 percent they got in September. We may well see them getting to 15 or 16 percent, I doubt that they would get much higher than that, the vote might also go down.