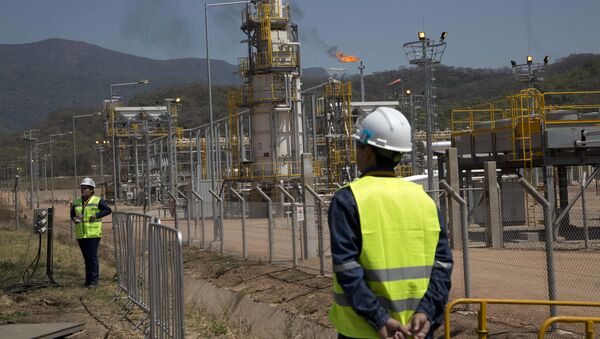 © AP Photo / Juan Karita
Subscribe
The four-day summit of the Gas Exporting Countries Forum (GEFC) kicks off in Bolivia on Tuesday; it is hoped that participants such as Qatar and Egypt will be able to overcome their recent differences for the benefit of the industry as a whole, South American analyst Alejandro Sanchez told Sputnik.

The fourth summit of the Gas Exporting Countries Forum (GEFC) starts in the Bolivian city of Santa Cruz de la Sierra on Tuesday.

"The event is extremely important for Latin America, since many countries of the region participate in it. From Mexico to Argentina, these lands were blessed with deposits of oil, gas and other sources of renewable and non-renewable energy. Many economies in the region depend on this sector," analyst Alejandro Sanchez told Sputnik Mundo. 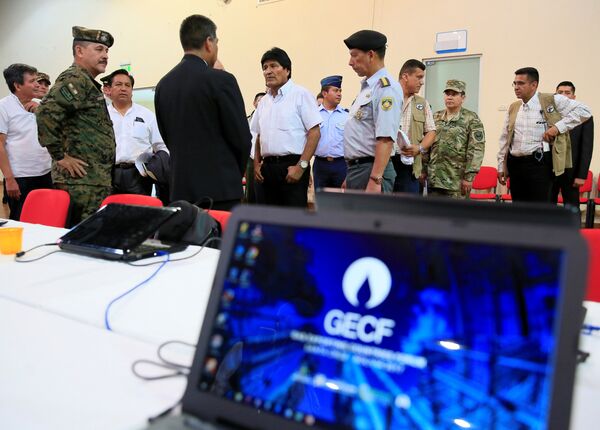 "The summit is taking place at a time when the gas market is going through several stages of development, it has become very competitive," GECF General Secretary Mohammad Hossein Adeli said.

According to the US Energy Information Administration, in 2015 the world's five largest gas producers were the US, Russia, Iran, Qatar and Canada.

​​The four-day summit takes place amid tense relations between Qatar and former allies including the UAE.  In June, the Kingdom of Saudi Arabia, the UAE, Bahrain and Egypt announced the severance of diplomatic ties with Qatar and imposed a de facto blockade against the country, alleging that Doha's has supported Islamist extremist groups. Some other countries including Chad and Senegal subsequently cut ties too.

"It will be interesting to see how they handle this situation. Some of the countries don't have the best diplomatic relationship, but all countries are interested in their own gas industry and I hope they can put aside their geopolitical differences for a moment to find a common agreement that will benefit everyone," Sanchez said.

"Gazprom is already working on the Incahuasi gas field, where production began in 2016. It is slated to begin exploration work at the Acero field next year and has declared an interest in looking for hydrocarbons in areas such as La Ceiba and Madidi," Sanchez told Sputnik.

"La Paz has also made other agreements with important Russian firms such as Rosatom, a leader in energy and nuclear technology. Via an agreement with the Bolivian Nuclear Energy Agency, a $300 million research center with a reactor, laboratories and a gamma-ray experimentation center is planned for construction."

000000
Popular comments
What this means is by this time next winter, natural gas will "enjoy" a spot price of 30-40 bucks per dekatherm, not the present 2 to 4 bucks. No wonder Norway could quit petroleum with such ease, grace and perfidious joy. If buy-sell arrangements were prompt call, same as cash, none of the above would be a problem as that procedure is purely cost-of-production (plus a fixed percentage) based. If commodity futures derivatives trading is further tolerated, entire nations' economies will fold overnight on the weight of a single NG futures & derivatives trader's computer keystroke. As well we know this is how Georg Soros came into power and before him, Hugo Stinnes of Weimar war reparations loan scandal infamy who made the Great Patriotic War an inevitability.