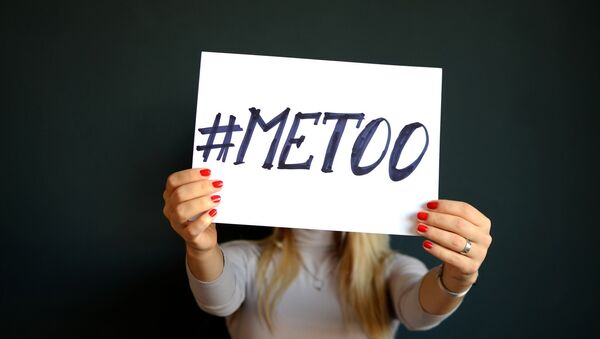 CC0 / /
Subscribe
Thousands of women across Scandinavia have, in recent weeks, stepped out to protest widespread harassment and sexual abuse in their trade in a never-ending spate of personal stories and various manifestos.

A mind-blowing 546 Norwegian actresses, 653 Swedish singers, 4,445 Swedish lawyers, 1,300 women in Swedish politics and over 700 Swedish actresses published joint calls against sexual harassment and abuse in their respective industries. Recently, they have been joined by 132 opera singers from Denmark, who came up with a manifesto of their own.

"We will no longer be silent. We will place the shame on those who commit the assault and the responsibility with those who protect the offenders," Danish classical singers wrote in their manifesto, protesting against the Danish "silence culture," Danish Radio reported.

Sweden's Endless Sex Scandals: Widespread Harassment Revealed in Legal Industry
"This culture is also prevalent in Danish classical singing world. In operas, educational institutions and at concerts, male star soloists, conductors and instructors are hailed as geniuses, which allows for their assault and humiliation to be trivialized, excused and explained," the manifesto said, stressing that most female employees are freelancers, which accounts for their unwillingness to speak out for fear of forfeiting future job offers. "A person who complains or makes a report risks thus losing income, means of subsistence, important opportunities or just being penalized career-wise."

The manifesto is a group statement from a Facebook group created by opera singer Anna Carina Sundstedt to investigate and illuminate the prevalence of harassment and sexual assault in the trade.

Like its Swedish and Norwegian counterparts, the Danish opera manifesto contains several examples of singers being sexually offended by men in a position of power.

"I participated in a performance where I was dressed in a quite challenging way. One of the male soloists apparently couldn't restrain himself when we were to thank each other after the last performance. His hands ended up firmly placed on my breasts. In the midst of a happy and relaxed atmosphere, I was shocked, but had to keep it to myself, as I didn't want to stand out as a prude, while I performed so openly on stage," one confession read.

No More Spanking in the Danish Film Industry

In a related case, Danish film company Zentropa pledged to stop the practice of spanking employees' hindquarters, either as a reward or punishment, following its co-founder and star producer Peter Aalbæk Jensen's confessions. Jensen claimed this was in his nature and said he did not regret it.

​"If we shut down the monkey cave and let ourselves become asexual Social Democrats, then the movie industry will suffer greatly. It's not nice, courteous, middle-of-the-track people who deliver star movies," Peter Aalbæk Jensen told Danish Radio, referring to his contribution to over 200 films.

However, Swedish film company Film i Väst and Zentropa concluded an agreement preventing Jensen from acting as executive producer, as they will no longer tolerate his actions or statements.

#Zentropa’s statement “the good news that employees would no longer be spanked at work.” Jensen responded saying, “Believe me, I am already thinking about other demeaning ways to punish them. They will be lying on their knees begging for the spanking to be reinstated.” #abuse https://t.co/w5JgKyW9uq

In Sweden, yet another campaign, hashtagged #närmusikentystnar ("When the music falls silent") against gross and pronounced sexism engulfed hundreds of pop stars, including Zara Larsson and Robyn.

Thank you for all the well wishes! I feel a lot better now. Take care of yourselves and stay hydrated!!!!

Another appeal against widespread sexism was signed by 1,300 female politicians who shared hundreds of stories. The appeal published in the Svenska Dagbladet newspaper involves MPs, ministers, MEPs and youth leaders and includes everything from unwanted kisses and harassing touches to accusations of rape. The appeal started in a Facebook group called "In the corridors of power," which in almost no time gathered well over 5,000 members.

The #Metoo campaigned was spurred by rape accusations against Hollywood star producer Harvey Weinstein and triggered similar outcries across the globe.

"We have a legal system in Norway, and this is the right arena to pursue these matters. If we now get a wave of personal accusations, I'm afraid this could prompt a witch hunt, where innocent can be hit," Sundquist told Norwegian broadcaster NRK.