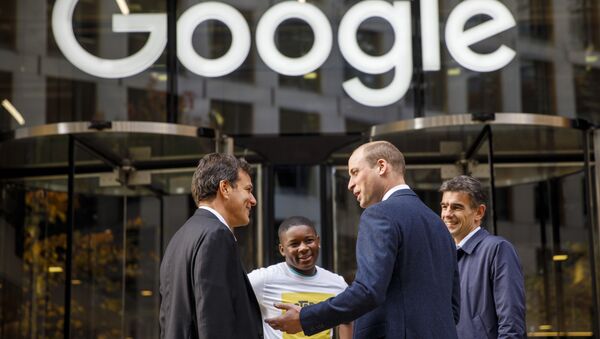 Google is "deciding what people see," which is "very dangerous" since they are legally a tech company and do not adhere to any type of editorial standards our guidelines, research psychologist Robert Epstein told Sputnik following Google’s announcement that it was working to make Sputnik and RT articles less visible on its search engine.

"It's not clear Google should be able to exercise editorial control" by deranking Sputnik articles since Google "isn't accountable to editorial standards," he said.

"Companies like Google and Facebook play both sides: they pretend to be objective but exercise enormous editorial control" and "censorship" over what mass audiences see, Epstein told Sputnik News.

​Epstein, a research psychologist at the American Institute for Behavioral Research and Technology in Vista, California, pioneered research in the "search engine manipulation effect." The research showed that biased search results presented by Google could influence how undecided voters choose presidential candidates.

"What we're talking about here is a means of mind control on a massive scale that there is no precedent for in human history," he said at the time. Research participants spent a much larger percentage of web browsing time visiting search results that were higher up. According to Epstein, biased Google results could have provided an extra 2.6 million votes in support of Democratic candidate Hillary Clinton in the 2016 race.

His research found that Google's "autocomplete" function would frequently suggest "little marco" and "lying ted," two of US President Donald Trump's preferred pet names during the election, but rarely, if ever, prompted users to search for "crooked hillary" or "corrupt kaine."

Speaking with Science Magazine last October, Epstein explained, "Google pretends to be the public library, but it isn't. Public libraries don't… track people [and] they don't sell the history of your book borrowing to other companies. They simply help you find stuff. That's what we need. We need to take Google's search engine and make it public."

On Saturday, Eric Schmidt, executive chairman of Google's parent company, Alphabet, told a session at the Halifax International Security Forum in Canada "We are working on detecting and de-ranking those kinds of sites — it's basically RT and Sputnik. We are we trying to engineer the systems to prevent [the content from being delivered to wide audiences]. But we don't want to ban the sites — that's not how we operate."

That's a step every concerned person and state fund should do. #Google #disinvestgoogle https://t.co/bO5xD0Ih9I

​"Good to have Google on record as defying all logic and reason: facts aren't allowed if they come from RT, ‘because Russia' — even if we have Google on Congressional record saying they've found no manipulation of their platform or policy violations by RT," Margarita Simonyan, editor-in-chief of Sputnik and RT, said in response to the news.