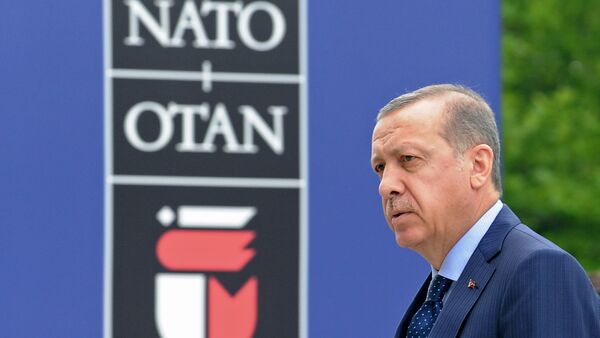 © AP Photo / Alik Keplicz
Subscribe
The Turkish president has questioned the credibility of the NATO alliance, noting that it had removed its missile defense systems from his country regardless of threats posed by neighboring Syria, yet the alliance is now criticizing Ankara for purchasing a missile defense system from Russia.

NATO’s "trustworthiness" had been questioned by all its member states when it withdrew missile defense systems from Turkey at a time where threats from Syria were rising, Turkish Hurriyet Daily News quoted Recep Tayyip Erdogan as saying at a ruling Justice and Development (AKP) event in the Black Sea province of Rize on Friday.

"And now, when we try to buy S-400 air defense systems from Russia, the reaction from some countries of the alliance [NATO] proved this distortedness," the Turkish leader stressed. 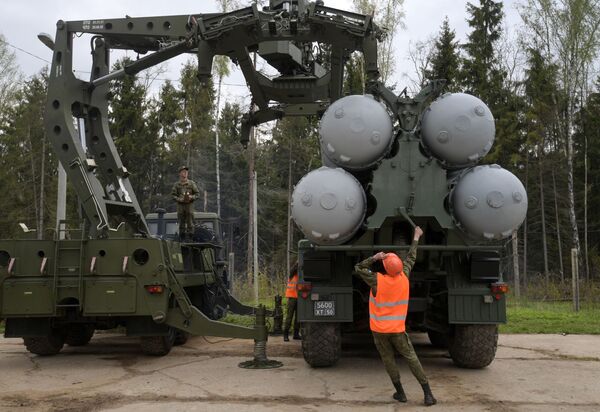 Recharging an S-400 Triumf anti-aircraft weapon system during the combat duty drills of the surface to air-misile regiment in the Moscow Region.
© Sputnik / Grigoriy Sisoev

His comments refer to the apparent rift between Ankara and the alliance member states over the deal to purchase a Russian missile defense system.

"It is finished, the S-400 missiles have been bought. The rest is just details now," the defense official said while visiting the Black Sea town of Giresun.

Following the announcement, Heidi Grant, deputy undersecretary of the US Air Force for international affairs has warned that if Turkey moves forward with the deal, "it will not be permitted to plug into NATO technology and further action may be forthcoming that could affect the country’s acquisition or operation of the F-35 jets," in an apparent concern that Turkey operating both the S-400 and F-35 together will lead to Russia acquiring information about the vulnerabilities of the F-35.

Turkey was forced to start looking for alternative missile defense systems after NATO member states, i.e., the US, Germany and the Netherlands, decided to remove their Patriot-missile deployments from southern Turkey at the end of 2015. 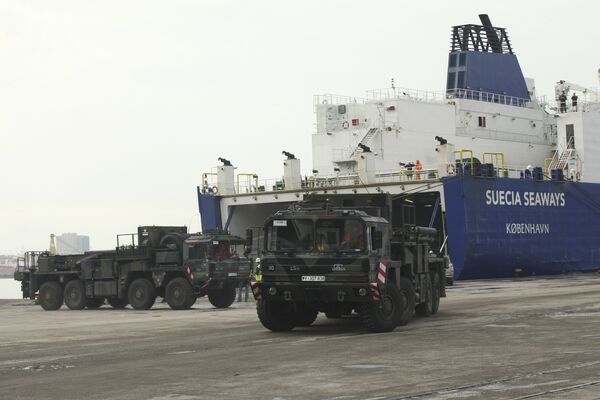 In 2013, five member states of the alliance, namely the US, Germany, the Netherlands, Spain and Italy had supplied missile weapons to Turkey following its request to boost its air defense capabilities in order to defend its territory from threats posed by neighboring Syria.

Spanish and Italian missile batteries, which are linked to the NATO air-defense system, remain in the country.

Following the partial withdrawal, Ankara wanted to buy missiles from a Chinese state-run company, but had to scrap the deal under US pressure, which said that the Chinese company had been sanctioned for allegedly selling missiles to Iran.

000000
Popular comments
If Turkey goes out of NATO that might cause a domino effect, one country after another leaving NATO. Other scenario is, when EU will have its military force that will replace NATO. NATO will fall apart very soon.
Nitai
19 November 2017, 15:37 GMT2
000000
OUTLANDER88, part of the Astana process between Russia-Turkey-Iran... to create deconfliction zones... I wouldn't trust Israili news live btw, I mean the guy is trying to do a good job but got it wrong so many times before that i stopped looking at that channel...