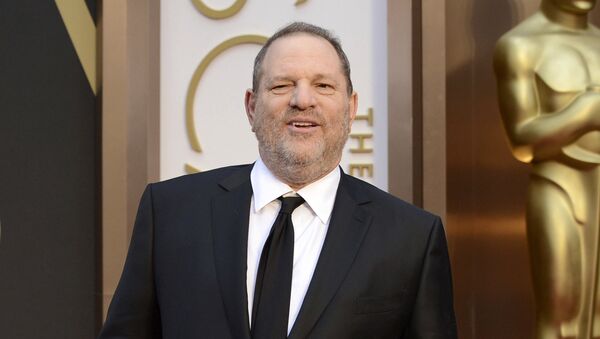 The revelation that the embattled Hollywood producer created a secret hitlist to prevent a possible sex scandal has provoked uproar on Twitter.

The Observer has managed to gain access to US film producer Harvey Weinstein's covert list of a total of 91 prominent actors, publicists, producers, financiers and prominent film industry players.

The document was reportedly compiled by Weinstein about five months before the October 5 publication by the New York Times of a spate of sexual harassment allegations against the Hollywood producer.

The goal of the hitlist was apparently part of a strategy to prevent these eminent individuals from making their sexual misconduct claims public, something that was due to be implemented by a special team hired by Weinstein.

"The size of the list…appears to corroborate claims that sexual misconduct allegations against the 65-year-old were an open secret throughout Hollywood," the Observer reported.

Twitter users have reacted emotionally to the news, with this user even calling for Weinstein to be put behind bars.

Not mental help. He needs to be locked away in prison, for the safety of many

Others lashed out at Weinstein's morality in connection with his secret hitlist.

Wtf. This guy has no morals.

I just realized if you combine Franken and Weinstein you get Frankenstein! Trump is a genius.

Difficult to imagine a more odious person than H Weinstein. I would have been unable to a year ago, but then I learned about our president. May all of these odious bastards, whatever creed or political stripe, slink back into their holes for eternity. https://t.co/cku1ekIhgN