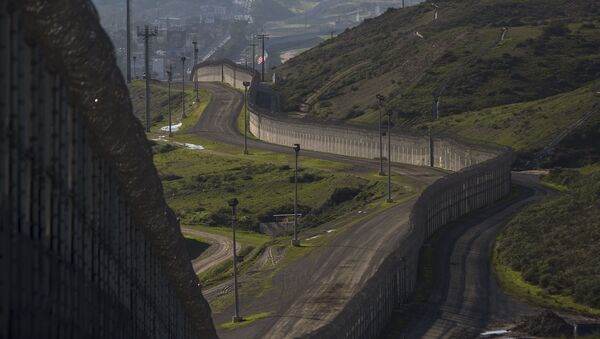 Party game company Cards Against Humanity bought an area on the US-Mexico border to prevent Trump from building the border wall. Trump vowed during his campaign to build the wall to combat illegal immigration and crime in the US. Dan Cadman, a former US Immigration Service official shared his views on the border situation with Radio Sputnik.

Sputnik: How feasible and legal is this plan by this company?

Dan Cadman: I am sure that it’s legal, but it’s not very feasible. It’s really kind of stupid.

Sputnik: How will this endeavor hamper President Trump’s wall building plans? Is this going to cause erroneous problems or is it just a minor hiccup or a way for them to advertise their company?

Dan Cadman: I think it’s a company promotional thing. I suspect that there is some virtue signaling about where they stand on the border wall. As far as it being an impediment for the US government, it is probably about the same as a pimple on your bum.

Sputnik: What are your thoughts: Is this wall ever going to be built? It was one of the messages that got real support for Trump, but realistically will it ever be built?

Dan Cadman: I don’t know. I am not sure that that’s the case. I know that there have been difficulties with getting the funding through Congress to pay for the wall, but it is as you mentioned extremely popular with many people in the United States, quite possibly a majority of people and not just because of illegal immigration, but because of the huge number of other kinds of illicit difficulties that that border poses. Narcotics coming north, weapons and money headed south, gangs and cartels moving in both directions. People want some kind of protection against that.

Dan Cadman: I am. Having lived and worked professionally for decades and in one of the two organizations, customs and immigrations, which are now merged, that had to confront the problems and having seen them firsthand, yes I am absolutely for it and I think although the level of sophistication of many Americans isn’t as deep as mine would be, it doesn’t mean they don’t have some clear sense that it’s still a border deeply out of control.

Among other things it’s so porous that it may have been yesterday or the day before that the head of our intelligence organizations said that he frankly believes that the southern border has been and will continue to be used to move members of terrorist organizations into cells within the United States and that should deeply concern people. The wall will help, is it cure-all, no.

Dan Cadman is a former US Immigration and Naturalization Service official and currently a fellow with the Center for Immigration Studies.