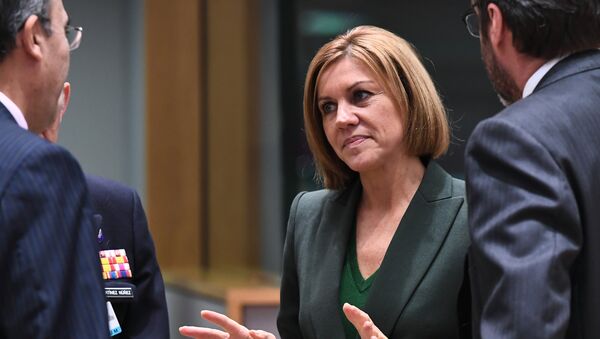 Following her statement of Russia's alleged interference in the Catalonia crisis, Spanish Minister of Defense received a phone call, in which "Latvia's Defense Minister" revealed to her the "true identity" of the former Catalan leader.

Russian pranksters Vovan and Lexus trolled Maria Dolores de Cospedal, Spanish Defense Minister, who along with her colleagues claimed that Russia might have influenced the independence referendum in Catalonia via a "disinformation" campaign.

They called the Spanish official on behalf of Latvia's Minister of Defense and told her that many Russian tourists traveling to Barcelona are in fact working for Russian intelligence, while the former head of Catalonia Carles Puigdemont is a Russian spy known under the pseudonym Cipollino.

"We took notice of Spain's Minister of Defense, Maria Dolores de Cospedal, after her claims that the ‘hand of Moscow' was apparent in the referendum in Catalonia; she, in particular referred to suspicious Internet traffic from Russia. We contacted her, Alexey (Alexey Stolyarov, Lexus — one of the pranksters — ed.) introduced himself as the Latvian Defense Minister and promised to hand over secret documents, indicating that the former head of Catalonia, Carles Puigdemont, is an agent of Russian intelligence named Cipollino," prankster Vladimir Kuznetsov (Vovan) told Sputnik. 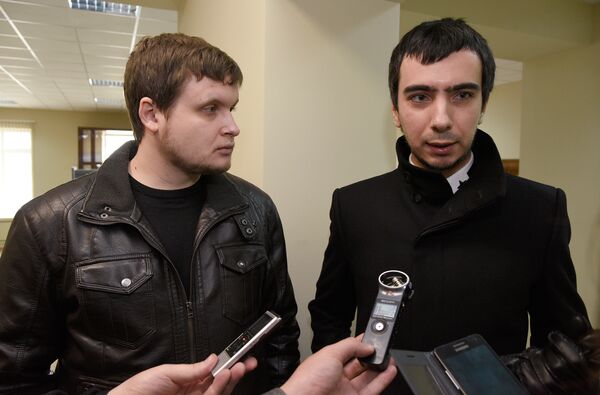 For her part, de Cospedal said that she did not doubt it at all, but noted that there was still no evidence of Moscow's interference in the Catalan referendum. The prankers then promised to share with her the relevant data allegedly intercepted by Latvian intelligence.

A video of the prankers' conversation with the minister was released on YouTube.

According to Kuznetsov, de Cospedal later called him back and said that she had informed the Spanish Prime Minister about their conversation. She also added that the Spanish side was interested in meeting with their Latvian colleagues.

"We confirmed our interest as well, but later she apparently guessed that this was a joke, and there were no more calls," Kuznetsov said.

For her part, the Spanish Defense Minister commented on the conversation with the pranksters in her Twitter account.

"It was a very strange conversation, I asked them to speak English, but they did not want to. They removed the translator, and since I did not trust them, I stopped talking and did not call back. Now I know that they were Russians," de Cospedal wrote on Twitter.

Spanish Defense Minister Maria Dolores de Cospedal, supported this statement, but was also careful in her assessment; she told reporters that Madrid "doesn't have proof that the Russian government is behind this."

World
Russia Invades Limpopo! How Russian Pranksters Played a US Congresswoman
On October 27, the Catalonian parliament announced independence from Spain after a referendum, which Madrid declared illegal. About 90 percent of Catalan voters backed independence, though the turnout was only 43 percent.

Spain's Constitutional Court then moved to impose direct control over the region and dismissed Catalonia's leader Carles Puigdemont, who then fled to Belgium. The Spanish authorities have set December 21 as the date for the next snap election.