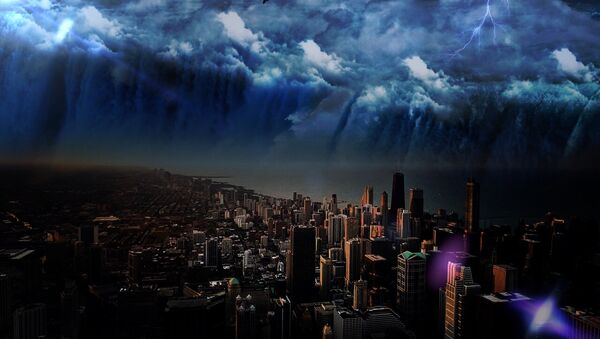 Over 15,000 scientists from 184 countries have signed an open letter, warning of the greatest dangers to life on Earth and advocating a responsible approach to the environment. Sputnik discussed the issue wih one of the signatories, German climatologist Stefan Rahmstorf.

The international community needs to put more effort into stopping negative environmental trends; otherwise the current situation could have disastrous consequences for humanity, Stefan Rahmstorf, professor at the Potsdam Institute for the Study of Climate Change, said.

The analyst warned of mass disasters that could wipe whole cities and islands off the map.

"We are witnessing an accelerated rise of the sea level, which in the long term, if not stopped, will lead to the disappearance of coastal cities and countries. It would be just stupid to rush into the catastrophe at a breakneck speed," the analyst said.

According to Rahmstorf, the first climate warning came 25 years ago, but since then, the trend has not improved.

German Three-Way Coalition Talks Delayed Amid Split Over Climate, Migration
In his opinion, governments take insufficient measures to prevent climate change and environmental disasters. Many states give promises, but do not implement them into practice, the analyst claimed.

The climatologist, for instance, expects the new German government to take concrete steps that will lead to the implementation of all climate goals.

According to him, the prospects for improvement are relatively high.

"When we talk about climate, first of all, it is necessary to reduce greenhouse gas emissions to zero. The fact that all countries, with the exception of the United States, have realized this is already somewhat a great success," Rahmstorf concluded.

The letter called "World Scientists' Warning to Humanity: A Second Notice" was published in the scientific journal BioScience.