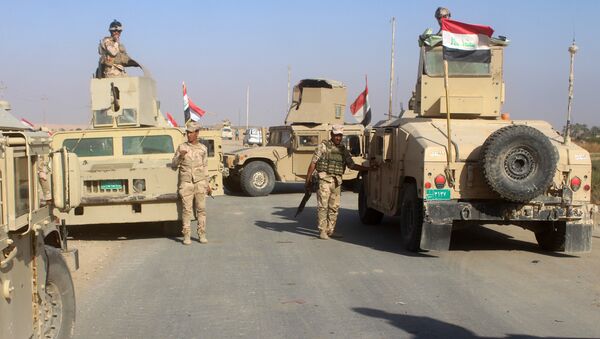 The Iraqi Army has captured the town of Rawa, the last town remaining under Daesh control, a statement by the Iraqi government read. The operation to liberate the town was launched on November 11.

The Iraqi military "liberated Rawa entirely, and raised the Iraqi flag over its buildings," Lieutenant General Abdul Ameer Rasheed Yarallah said in a statement from the Joint Operations Command, as cited by Reuters.

Rawa is situated near the border with Syria, on the north bank of the Euphrates River.

On Saturday, the Iraqi Army said that government units and people's militia were launching a "large-scale operation" to liberate the district of al-Ruman and the town of Rawa.

Rawa for some time was the sole remaining Daesh stronghold in Iraq. Prime Minister Haider Al-Abadi announced in late October the start of an operation to retake the western towns of Rawa and Al-Qa'im, which he described as the last Daesh footholds in the country.

Al-Qa'im was retaken in the beginning of November, and later Iraqi forces said they had taken control over the checkpoints at the Iraqi-Syrian border.