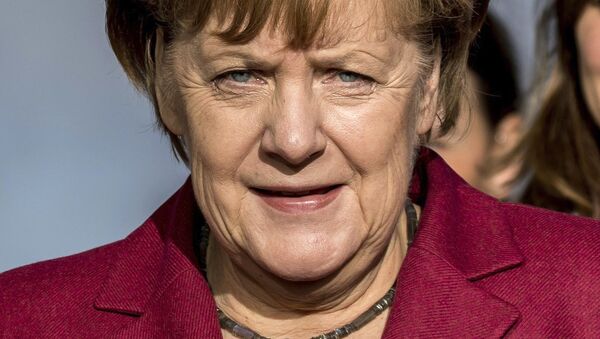 © AP Photo / Michael Kappeler
Subscribe
Following an unsuccessful round of negotiations between Germany's major political parties, Chancellor Angela Merkel still hopes to lead a coalition and avoid a fresh round of elections.

The latest set of talks between German Chancellor Angela Merkel's conservatives, the free-market liberal FDP and the Greens to form a so-called 'Jamaica coalition' broke up at 4am local time on Friday, November 17, but they are thought to have already resumed such as the desperation to break the deadlock.

Here are the negotiating points on #EU & #Eurozone in 'Jamaica' coalition talks:
— No EZ budget
— No 'rainy day fund'
— No fiscal transfers
— No deposit guarantee [FDP]

Social Democrats to be Main Opposition

The Social Democrats, who were in a grand coalition government with Mrs. Merkel up until September's election, will be left out in the cold.

But Mrs. Merkel said on Thursday, November 16, the potential coalition partners had "very different positions" on key policy issues but she added:

"I believe it can work." 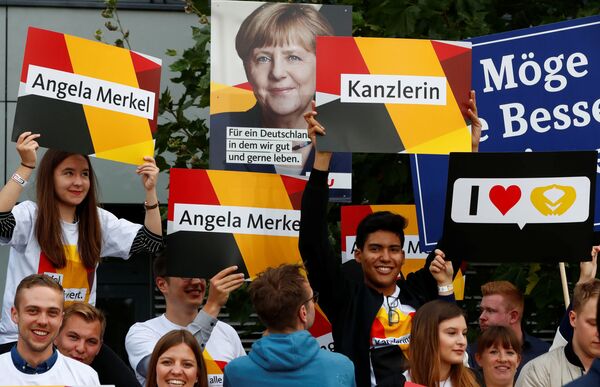 Volker Kauder, the parliamentary leader of Mrs. Merkel's ruling CDU party, said negotiations could even stretch into the weekend.

"I believe we should give ourselves a few more days to reach a strong and sensible agreement," said FDP deputy leader Wolfgang Kubicki.

Although the CDU and the FDP have been in coalition many times before and both have a generally pro-business agenda, they do not have enough seats to rule alone and are seeking to bring the Greens on board.

But all three parties are keen to avoid fresh elections, fearing it may boost the right-wing Alternative for Germany (AfD) even more.

If you can read German, this is the leaked #Jamaica coalition agreement. https://t.co/5uvziLYFkX

The AfD broke through the five percent threshold to gain their first seats in the Bundestag with their solidly anti-immigration stance.

The coalition talks are based on a 62-page working document which would form the blueprint for an agreement.

But there are understood to be wide differences over policy, with the Greens especially at odds with the CDU/CSU and FDP over migration. 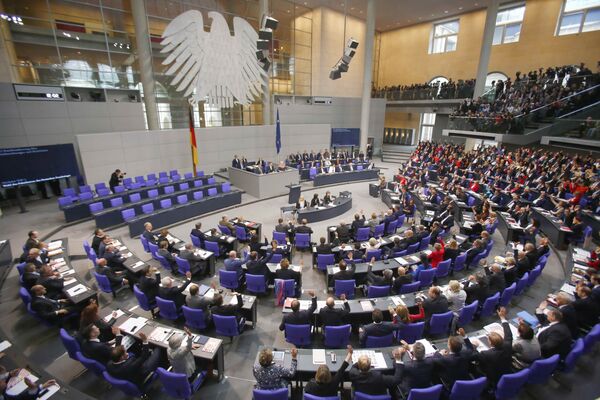 Delegates vote during the first plenary session at the German lower house of Parliament, Bundestag, after a general election in Berlin, Germany, October 24, 2017.
© REUTERS / Hannibal Hanschke

The Greens have been urged to soften their demands for asylum seekers to be allowed to be reunited with family members in Germany but they are in no mood to compromises, having already abandoned a key campaign pledge for coal-fired power stations and petrol combustion engines to be phased out by 2030.

One subject where there is little disagreement between the parties is Brexit — there is not a single mention of it in the 62-page document.

According to recent surveys most Germans are hoping coalition talks will succeed and have no appetite for another election.