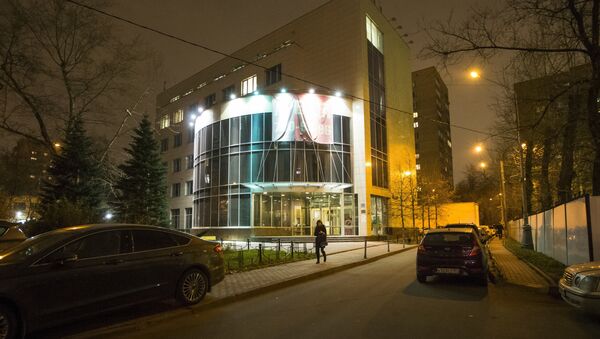 SEOUL (Sputnik) — WADA on Thursday decided not to reinstate RUSADA after finding it non-compliant with the anti-doping code.

Jonathan Taylor, the chair of the Independent Compliance Review Committee, claimed Thursday that RUSADA, the Sports Ministry and the Federal Security Service were part of a purported state-run doping cover-up. He recommended that WADA should not declare RUSADA compliant with its anti-doping code until the Russian government owns up to a state scheme to manipulate doping samples, according to the R-Sport news agency.

WADA Foundation Board approves the recommendation by the Independent Compliance Review Committee that RUSADA remain non-compliant.

However, the WADA press service hasn't ruled out the possibility that RUSADA could be reinstated before the next foundation board meeting of the World Anti-Doping Agency (WADA) in May.

The International Olympic Committee said Thursday it was aware of WADA's decision not to reinstate RUSADA, adding that all factors would be taken into account in taking a decision whether Russian athletes would be allowed to take part in 2018 Olympics.

Commenting on WADA’s Foundation Board move, Kremlin spokesman Dmitry Peskov has stated, "We certainly disagree with this decision, we consider it unfair, and we refuted and categorically refute the accusations that doping cases had any kind of state support. This is out of the question."\

"We proceed from the recent statement of Thomas Bach that this WADA's decision has no direct relation to the issue of participation in the Olympic Games. Surely, we intend to continue contacts with the international sports community and organizations to defend Russia's position," Peskov said.

South Korea Hopes Russia to Participate in Pyeongchang Winter Olympics
In 2015, WADA accused Russia of multiple doping violations and declared RUSADA was not compliant with the World Anti-Doping Code. In early August, it published a roadmap to code compliance, with 12 criteria, including public acceptance of the McLaren report, that Russia had to meet before RUSADA can be recommended for reinstatement.

Speaking after the Board hearing, Russian Sports Minister Pavel Kolobkov said the remaining criteria that prevented the agency from being reinstated were political. He said Russia wanted to have a dialogue with WADA, rather than be ruled over by it, and accused the Board of staging a kangaroo court, according to R-Sport.

RUSADA is again not compliant…
I am sharing the sadness with ROC, Ministry of Sport and my country… pic.twitter.com/HQs6pu62Ot

Russia's Investigative Committee Offers to Work With WADA on Rodchenkov Case
Kolobkov earlier said that it would be very difficult for Russia to agree with WADA on the reinstatement of RUSADA's status, as one of the conditions is the unconditional recognition of the report by Richard McLaren, the head of WADA's independent commission, claiming that the agency was part of a doping cover-up by the state, which is impossible due to many inconsistencies in the document. Russian officials, including President Vladimir Putin, have denied the existence of such a scheme, while admitting there were doping issues.

WADA officers were also seeking access to the blood laboratory in Moscow. The requirement was not met, the agency said.

On Monday Mikhail Degtyarev, who heads the State Duma sports committee, told reporters that the Western countries were attempting to inflict the recognition of the alleged state-controlled doping scheme on Russia amid the accreditation process.

"We are being forced to acknowledge the existence of an alleged state-controlled scheme of the doping use. This is a lie, a provocation and attempt to break the country's spirit. There was, is and will be no system," Degtyarev said.

Meanwhile, Russian Sports Minister Pavel Kolobkov, who appeared before WADA's Foundation Board in Seoul, said only 0.4 percent of Russian athletes' samples analyzed for doping in 2017 were found to be positive, as compared to 0.6 percent in 2016. He noted that the tests were carried out by overseas organizations.