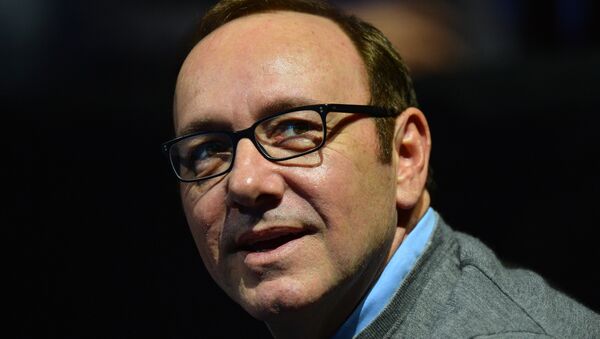 A British theater, London's Old Vic, has found 20 claims of Kevin Spacey's "alleged inappropriate behavior" as a result of an investigation into the actor, who served as the artistic director there for over a decade.

Old Vic has apologized "for not creating an environment or culture where people felt able to speak freely."

The probe was launched by a law firm at the request of the theater after actor Roberto Cavazos had admitted to have "a couple of nasty encounters with Spacey" at the Old Vic.

UK police have also launched an investigation into claims of a man sexually assaulted in London nine years ago while Kevin Spacey was working there, with no arrests reportedly being made in connection with the probe so far.

The scandal surrounding Kevin Spacey has been developing after Anthony Rapp had revealed the actor's unwanted sexual advance toward him more than 30 years ago, when Rapp was just 14 years old.

Since then, new accusations against Spacey have been surfacing, prompting a response, including from Netflix, who cut ties with the actor starring in the "House of Cards" after he had been accused of "predatory" behavior while on set of the political drama series. The International Academy in charge of the Emmy Awards has decided to revoke Spacey's award, which he was meant to receive for contributions to the quality of global TV in November.

Spacey is one of the biggest names in Hollywood to lose work after US media had published articles shedding light on sexual harassment and abuse allegations against Harvey Weinstein.