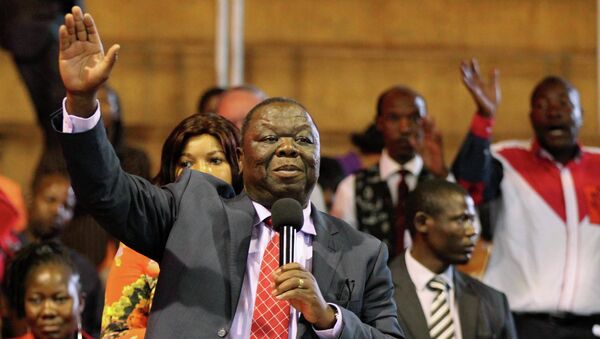 Zimbabwe’s former Prime Minister Morgan Tsvangirai was among several politicians seen flying to the capital of Harare Thursday after the military seized power this week.

MOSCOW (Sputnik) — An opposition leader and former deputy of the nation’s long-serving President Robert Mugabe, Morgan Tsvangirai, was on the plane from Russia alongside two other ministers, Sky News reported.

US Senator Inhofe 'Encouraged' by Zimbabwe Military’s Rejection of Mugabe
The Zimbabwean army took over power early on Wednesday, confining the 93-year-old president to his house and claiming it was targeting criminals around him. The African Union has said this looks like a coup.