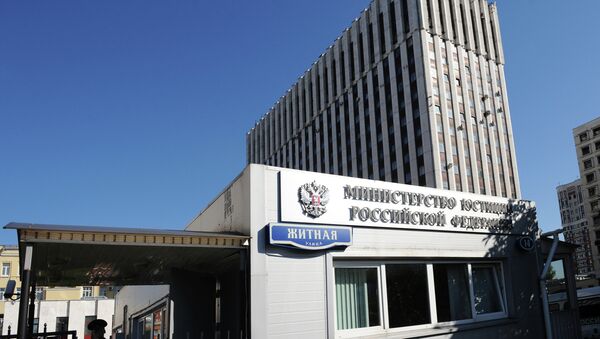 The move comes as Moscow has vowed response to the registration of RT America under FARA after a US Justice Department's demand.

MOSCOW (Sputnik) — The Russian Justice Ministry has officially confirmed that it had sent nine notification letters to media outlets, including the Voice of America, the Current Time broadcaster and Radio Free Europe/Radio Liberty, warning them about possible recognition as foreign agents.

The ministry's move comes after the lower house of the Russian parliament passed amendments to a law that allows classifying media outlets with foreign funding as foreign agents. In order to come into force the bill, that implies that they will have to publish a notice that their materials are provided by a foreign agent, report on their activities, submit information about the composition of their management and provide expense reports, has to be brought to Russia's upper house of parliament for approval and then be signed by the president.

The measure is a response to the pressure on Russian media in the US as RT America was forced to register as a foreign agent in the United States on Monday to comply with the Justice Department's demand, which was called an "unfriendly step" by Moscow.

Russian Lawmaker Suggests Moscow May Classify CNN as Foreign Agent
According to Russian President Vladimir Putin, the restrictions are an "attack on freedom of speech," while Moscow "will have to formulate some kind of response and it will mirror."