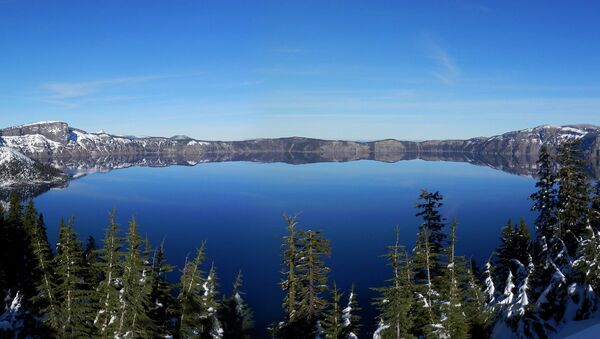 An unidentified aircraft was spotted in the skies above Oregon, sparking a panic among air traffic controllers and causing the US Air Force (USAF) to scramble F-15 tactical fighters to track it - but just as quickly as it appeared, the phantom plane vanished.

The incident occurred on October 25 in broad daylight. The mystery craft was confirmed by the Federal Aviation Administration (FAA), North American Aerospace Command (NORAD) and numerous eyewitnesses. It wasn't just a plane with a malfunctioning radio and no transponder: if it were that simple, then it wouldn't have been hard for Air Force jets to track the plane down and redirect it.

It also can't be merely that the pilot outwitted the USAF. He would also have to have outwitted their advanced AN/APG-63V3 air-to-air radar as well as their long-range Sniper targeting and visual identification system.

Speculation has exploded over the purpose of the phantom. One Reddit user, who claimed to be a pilot that witnessed the mysterious aircraft, speculated that the plane was a drug runner on its way up to Canada. But if this is the case, then the pilot must have been either extraordinarily skilled or extraordinarily lucky to evade his USAF pursuers.

Some information remains unknown, such as how much time passed between the FAA and NORAD detecting the plane and when the F-15s launched. Gearhead outlet The Drive reached out to the FAA, NORAD and the 142nd Air Wing, but none were particularly forthcoming. The Drive filed a Freedom of Information Act (FOIA) request with several federal agencies in an attempt to learn more.

Another Redditor, who claimed to be an air traffic controller that was working at the control center that scrambled the F-15s, claimed that USAF told them not to speak to the press about the incident.

"I think the FAA is pursuing this at higher levels. From a safety standpoint, if the military is running super secret test stuff in the NAS [National Airspace System], that's bad,' wrote the Redditor, who goes by the handle The Flying Beard. While there is no way to verify if the user's information is accurate, or if he is who he says he is, The Drive wrote that that based on "past Reddit posts, their occupation description seems accurate."

However, if the USAF was indeed flying a secret military aircraft in the NAS, it doesn't make sense for them to do so in broad daylight, when everyone would see it. USAF has spacious airfields in Alaska that would be much better suited to testing a clandestine aircraft.

The mystery of the phantom plane may well never be answered, but is sure to be red meat to the internet detectives and conspiracy aficionados of the world.