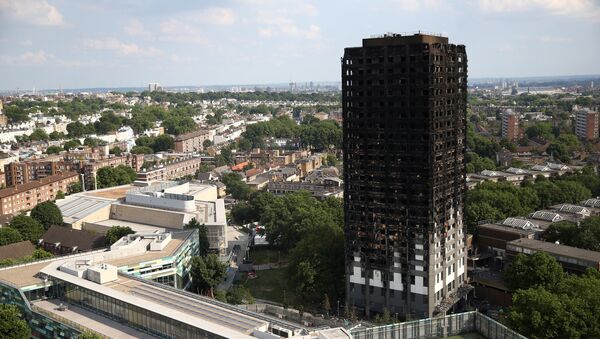 © REUTERS / Neil Hall
Subscribe
The number of people killed in June by the horrific fire at the 24-story tower block of flats in London has been lowered, while numerous allegations of theft and looting as well as cases of fraud remain at the center of the disaster’s aftermath.

The Metropolitan Police have confirmed the final death toll from Grenfell Tower fire in west London has fallen from 80 to 71, including a stillborn baby. The victims include Logan Gomes, a baby boy who was stillborn in hospital hours after his mother survived the blaze in the 24-story block on June 14.

Commander Stuart Cundy, who is leading the criminal investigation into the fire, said fraudulent claims were one of a number of factors behind the fall in the death toll.

Anh Nhu Nguyen, 52, will be sentenced next month after pleading guilty to fraud. He claimed his wife, his son and all his "worldly possessions" in the blaze.

He posed as a victim for two weeks and was photographed with the Prince of Wales but later admitted he had made it all up to claim £10,000 in food, clothes and accommodation. 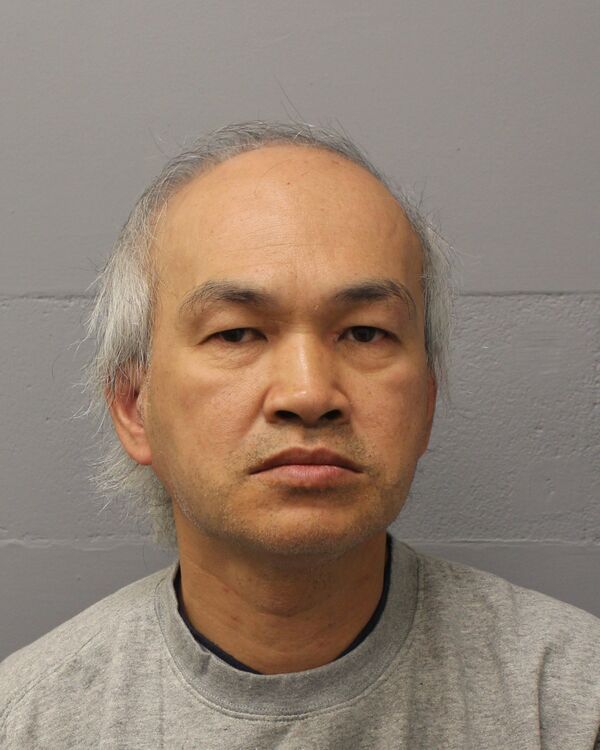 Cmdr. Cundy said several other people who had been feared missing had turned up safe and well either in Britain or in other countries.

The identities of the last two bodies — Victoria King, 71, and her daughter Alexandra Atala, 40 — were confirmed by the coroner, Dr. Fiona Wilcox, on Tuesday, November 14.

"I have been clear from the start that a priority for us was recovering all those who died, and identifying and returning them to their families. I cannot imagine the agony and uncertainty that some families and loved ones have been through whilst we have carried out our meticulous search, recovery and identification process," said Cmdr. Cundy.

Hundreds of Tons of Debris

He said the police had conducted a fingertip search of every inch of the tower and had accumulated 17 tons of debris on each floor.

225 people escaped. 70 fatalities. So that means at the time of the fire less than 300 people were in a tower block that has 24 floors?

Are you kidding me? #GrenfellTower

"That has all been put into storage and is now the property of the coroner. There may be miniscule amounts of human debris within it and it is likely the coroner will decide to bury it eventually, but that is a decision for her," said Cmdr. Cundy during a briefing on Thursday, November 16.

"After the fire was finally put out I entered Grenfell Tower and was genuinely concerned that due to the intensity and duration of the fire, that we may not find, recover and then identify all those who died," he said.

Cmdr. Cundy also confirmed they were investigating seven allegations of theft from looted flats on the lower floors of the tower.

The number of victims of the Grenfell Tower fire who have been formally identified is 70. Police now believe that all those who died in the fire have been recovered & identified https://t.co/albGaT8vb4

He said scaffolding was being erected around the building at the moment and the entire edifice will be wrapped in the next couple of months so it will eventually be hidden from view.

Cmdr. Cundy said he expected to conclude the examination of the building in the spring of 2018 and then hand it over to Kensington and Chelsea Council, who would then decide how and when to demolish it.

He said in the spring of next year he expected to begin physical and computerized modelling of how the fire started and spread to help the investigators understand exactly what happened and whether anyone is criminally responsible.

If you want to understand Britain in 2017 picture in your mind the burnt of shell of Grenfell Tower alongside a refurbished Buckingham Palace.

In June he estimated around 80 people had died and in September he said that figure may come down.

293 People in Grenfell Tower on Night of the Fire

Detectives have scoured large amounts of CCTV and police body worn video footage to identify everyone captured on film escaping Grenfell Tower after the fire started just before 1am.

Today marks 5 months since the Grenfell Tower fire & these four people are former residents I’m in touch with. They’re all still homeless. pic.twitter.com/gNzMwwNjjJ

​Cmdr. Cundy said he was confident 223 people escaped Grenfell Tower that night and survived, including Logan's mother, Andreia Gomes, who lived on the 21st story.

"The scale and the challenge of the criminal investigation is huge. We have not arrested anybody yet, except for the fraud investigations," said Cmdr. Cundy.

He said his investigation was continuing in parallel to the public inquiry, which announced on Wednesday, November 15, that its timetable would be discussed at a procedural hearing on December 11.

000000
Popular comments
How do death tolls fall in such an advanced nation? Look, Britain screwed up, plain and simple. You used cladding that wasn’t fireproof and was banned, Suck it up and take care of the victums and their families. Investigate why the cladding was used to save money, and. If there are any funny dealings arrest those responsible. WTF is the matter with you guys in Britain. Have you lost your common sense,
Rokenbok
16 November 2017, 18:21 GMT
000000
Thank you Sputnik for helping the UK establishment draw attention to a small amount of crime which might be expected to the failures of the UK establishment to adequately care for the people who lost everything. Find the fraudster focus on him - forget the suffering. Why do journalists have a such a bad name?