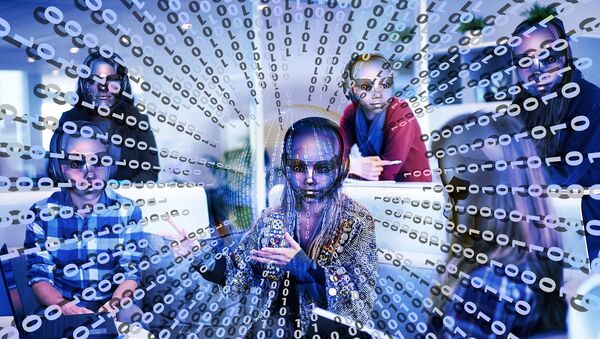 The Industrial and Commercial Bank of China is launching an artificial intelligence service to provide consultations for clients willing to invest into so-called Wealth Management Products (WMPs). Big data technologies will make it possible to analyze investors’ needs and estimate the risks they are prepared to take.

A couple of months ago the story of a doctor from Chengdu blew up on the internet. Having deposited as much as 1,200 yuan with the Bank of China back in 1973, after 44 years she only had the sum doubled, which is nowadays equal to one-third of an average monthly salary in Chengdu. Interestingly, the banks played a fair game given the annual deposit rate, which is as low as 1.85 percent in all Chinese state-owned banks.

First, there were no alternatives to bank deposits. As shadow banking, as well as WMP came into being, clients were offered to make deposits at a higher interest rate, with minimum deposits equaling 50,000 yuan, which proved to be unaffordable for many. The enormous sum threshold was accounted for by the necessity to hire additional personnel, namely consultants and deposit managers to make communication with clients more effective.

READ MORE: Rise of the Machines: Should We Be Afraid of Artificial Intelligence?

Can Alibaba Open 'Chinese Market to Western Suppliers?'
The next step in WMP development was made with the emergence of huge technology companies, such as Alibaba, Baidu, and Tencent, which literally revolutionized the whole sector.

Yue bao service, originally launched by Alibaba in 2013 made it possible for clients to manage finances in their e-accounts. The money was invested in cash funds with interest rates reaching the interbank market level. Astonishingly, in just 18 months the company managed to attract a staggering 600 billion yuan from over 185 million clients, with just one yuan being the minimum deposit. Such attractive conditions were provided mostly thanks to “the scale effect,” and secondly, through the use of artificial intelligence and big data technologies involved in risk planning, says Bian Yongzu, a researcher with the Chongyang Institute for Financial Studies at the People’s University of China.

“Chinese smart economy is developing rapidly mostly thanks to the internet and due to such smart technologies as big data and artificial intelligence. There are even talks that the smart economy could be the fourth industrial revolution as time passes. The sector has just started growing and could face versatile changes. Still, AI is now most typically used in industry and finance. Information technologies and finance are closely bound up with one another. E-commerce and mobile banking have become an indispensable part of the Chinese life, having lifted a great deal of restrictions and made finance available to the general public,” Bian Yongzu noted.

With the advent of mobile banking and social networks, tech companies can boast detailed client portfolios, namely data on their cash flows, buying needs and preferences, as well as lifestyles. This data analysis enables experts to evaluate credit risks in a more thorough way, as compared to the traditional methods exploited by banks.

China Merchants Bank, Shanghai Pudong Development Bank, Industrial Bank and Ping An Bank were the first to introduce AI into their online platform, now joined by ICBC, the first of “the big four.” It is estimated that by 2020 robotic consulting services offered by banks managing the accounts of tech companies will be capitalized at a staggering 5.22 trillion yuan.