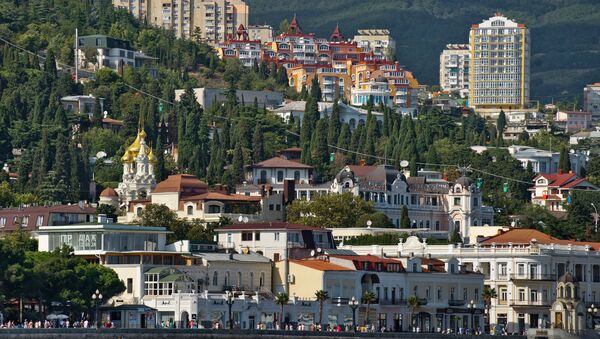 The UN General Assembly’s Third Committee adopted a resolution on Tuesday condemning human rights violations against the residents of Crimea by the Russian Federation in the move described by Anatoly Viktorov, Russian human rights authority, as another Ukraine's attempt to move forward its own political agenda by distorting the reality.

UNITED NATIONS (Sputnik) — The resolution was approved by 71 member states, including Canada, the United States and the EU. Twenty-five countries, including Russia, China, Iran, India and Syria, voted against the measure, while 77 delegations, mainly from Latin America and Africa, abstained from the vote.

"[The resolution] condemns violations, abuses, measures and practices of discrimination against the residents of the temporarily occupied Crimea, including Crimean Tatars, as well as Ukrainians and persons belonging to other ethnic and religious groups, by the Russian occupation authorities," the resolution said on Tuesday.

Speaking to the Committee after the vote, Director of the Department of humanitarian cooperation and human rights of the Russian Ministry of Foreign Affairs, Anatoly Viktorov, called the adoption of the resolution another attempt by Ukraine to use the cause of human rights protection to move its own political agenda forward.

He added that by distorting the reality on the ground Ukraine tries to switch the attention away from its own systematic human rights violations and to portray the situation in Ukraine as some sort of armed conflict. Viktorov warned that this is a very dangerous path.

US Defense Budget Earmarks $350Mln for Military Aid to Ukraine
Crimea seceded from Ukraine and reunified with Russia after 96 percent of its residents supported the move in a referendum in March 2014. The vote was held after new authorities took power in Kiev after what many considered to be a coup.

Kiev, as well as the European Union, the United States and their allies, did not recognize the reunification and consider the peninsula to be an occupied territory. However, Russian authorities have repeatedly stated that the Crimean residents decided to rejoin Russia following a democratic procedure. Russian President Vladimir Putin has said that the issue of Crimea's territorial belonging was "historically closed."