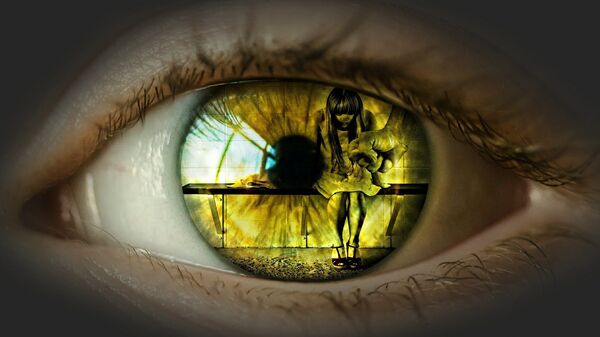 Amid a hot national debate, Swedish Justice Minister Morgan Johansson has firmly ruled out the much-debated idea of publishing statistics on the nationality of sex offenders. He argued against "blaming it on immigrants," when perpetrators "in fact" were men.

Following the publication of a private report suggesting immigrants' overrepresentation in rape cases, Sweden's Conservative Party presented the Crime Prevention Council (Brå) with a proposal to map out the ethnicity of rapists in a comprehensive survey in order to shed more light on this sensitive issue. The last time a similar investigation was made in 2005.

"We want a new comprehensive mapping of sexual offenses. Who is the perpetrator and who is the victim? It's important to be able to draw conclusions on preventive work," Conservative spokesman Tomas Tobé said, as quoted by Swedish national broadcaster SVT. According to Tobé, the mapping should specifically include the rapist's background and ethnicity.

Migrant Boys Replacing Girls as Prostitutes in Gender-Equal Sweden
At the same time, the Conservatives, currently in opposition, announced a desire to tighten the minimum penalty for sexual offenses from two to three years in prison.

However, Social Democrat Justice Minister Morgan Johansson was unimpressed with the Conservatives' proposal, even though he admitted the need for a comprehensive investigation of sex offenses. Such an investigation should specifically exclude ethnic background, he said, arguing the Conservatives were trying "shift the blame on immigrants," while the main problem allegedly was that most perpetrators were men, SVT reported.

"The common denominator of those who commit these crimes is that they are men," Morgan Johansson argued, stressing that it did not matter whether the perpetrator was black or white.

Johansson also emphasized that the anti-harassment campaign known under the #metoo hashtag revealed that sexual offenses were everywhere. In recent weeks, thousands of Swedish women stepped out into the public with their stories of harassment, sex abuse and rape. Over 700 Swedish film stars, including Oscar winner Alicia Vikander, signed an open letter, sharing their experiences of being the victim of unsolicited attention in protest against harassment.

'Politically Incorrect' Report on Rape-Prone Migrants Inflames Debate in Sweden
In October, Patrik Jonasson compiled a private survey that revealed immigrants' drastic overrepresentation in sexual assaults, with men of foreign descent allegedly committing over 90 percent of rapes. The 80-page investigation, which involved over 4,000 rulings from 40 Swedish courts between 2012 and 2014, took several months to complete.

Incidentally, Brå's own report from 1996 indicated a similar overrepresentation of certain immigrant groups, especially from the Arab world. However, as the number of people of foreign descent rising steadily in Sweden (and reaching as much as 20 percent of the population, according to some sources), the connection between ethnicity and crime has become a taboo topic. Today, the Swedish media abstain from naming the nationality of the culprits.