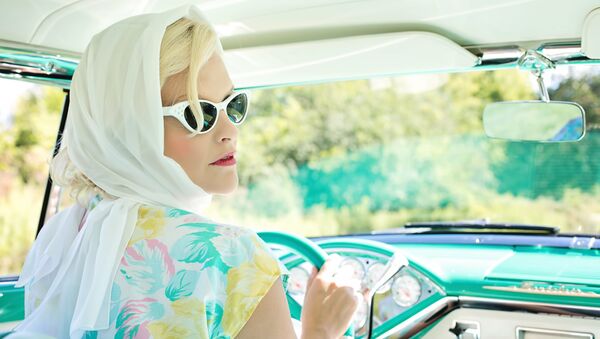 CC0 / /
Subscribe
A Russian startup has created a unique device, which could help prevent car crashes as a result of drivers falling asleep at the wheel.

Sputnik has spoken with the developer of the world's first device that uses the technology of machine vision and machine learning to improve driving safety dubbed the "Awake inspector," which had been created by a group of young Russian specialists.

Due to unique algorithms, this device scans the facial expressions and the parameters of the driver's face which allows it to determine the sleepiness or loss of attention of the driver and warns of this by sound and light signaling.

When asked how the Russian-made device differs from so-called "alarms" preventing drivers from falling asleep, the developer of the "Awake inspector," Vladislav Lesovoy, has told Sputnik: "Existing driver's alarms are triggered when the position of the driver's head is changed: if one falls asleep and his or her head goes down, a beep sounds. It is obvious that the operation of such a device in 99% of cases will already be meaningless."

While such devices are aimed at preventing people from falling asleep behind the wheel, "they are triggered at the very moment when a person is already in deep sleep. The first second or two after losing attention are important, so that this it does not become fatal. Judging by the speed of reaction of these devices, they are not useful at all."

According to the developer, the Russian device will be helpful for drivers, pilots or machinists to minimize traffic accidents caused by fatigue and falling asleep.

When asked about the statistics of car crashes as a result of a driver falling asleep, the developer cited a poll conducted by the National Sleep Foundation’s 2005 Sleep in America, according to which 60% of adult drivers (about 168 million people) said they had driven a vehicle while feeling drowsy in the past year, and 37% (103 million people) have actually fallen asleep at the wheel, with the National Highway Traffic Safety Administration estimating that  100,000 police-reported crashes are the direct result of driver fatigue each year.

A high-resolution video camera and night vision mode, which allows the device to work even in total darkness, provides reliability and accuracy of its work.

The device, which is based on a 32-bit 1-core ARM processor and special software, does not require any additional devices to be put on the driver, does not hamper and does not impede movements, while it performs remotely by analyzing the face of the driver of the vehicle. 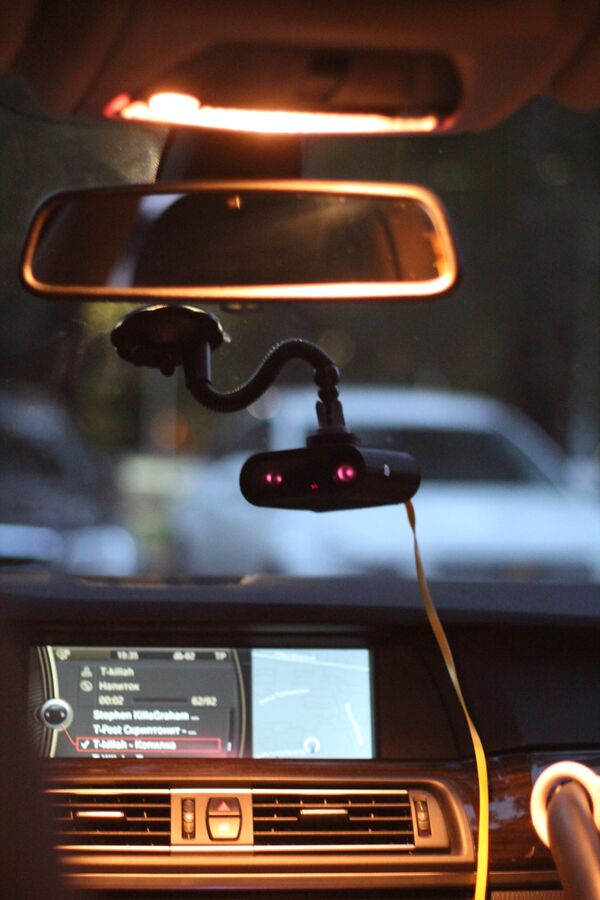 The serial release is scheduled to start in spring and summer 2018 after a crowdfunding campaign.

000000
Popular comments
This is a brilliant idea and much needed. Thank you, Russia! The Jayne Mansfield reference in the accompanying picture is also poignant. For classic car enthusiasts the car she drove at the time of her death was a 1957 Plymouth (the ones with the huge sharklike tailfins).

support
16 November 2017, 15:56 GMT
000000
what happens when a driver sneezes?
michael
17 November 2017, 00:57 GMT
000000
Newsfeed
0
New firstOld first
loader
LIVE
Заголовок открываемого материала
Access to the chat has been blocked for violating the rules . You will be able to participate again through:∞. If you do not agree with the blocking, please use the feedback form
The discussion is closed. You can participate in the discussion within 24 hours after the publication of the article.
To participate in the discussion
log in or register
loader
Chats
Заголовок открываемого материала
Worldwide
InternationalEnglishEnglishMundoEspañolSpanish
Europe
DeutschlandDeutschGermanFranceFrançaisFrenchΕλλάδαΕλληνικάGreekItaliaItalianoItalianČeská republikaČeštinaCzechPolskaPolskiPolishСрбиjаСрпскиSerbianLatvijaLatviešuLatvianLietuvaLietuviųLithuanianMoldovaMoldoveneascăMoldavianБеларусьБеларускiBelarusian
Transcaucasia
ԱրմենիաՀայերենArmenianАҧсныАҧсышәалаAbkhazХуссар ИрыстонИронауОssetianსაქართველოქართულიGeorgianAzərbaycanАzərbaycancaAzerbaijani
Middle East
Sputnik عربيArabicArabicTürkiyeTürkçeTurkishSputnik ایرانPersianPersianSputnik افغانستانDariDari
Central Asia
ҚазақстанҚазақ тіліKazakhКыргызстанКыргызчаKyrgyzOʻzbekistonЎзбекчаUzbekТоҷикистонТоҷикӣTajik
East & Southeast Asia
Việt NamTiếng ViệtVietnamese日本日本語Japanese中国中文Chinese
South America
BrasilPortuguêsPortuguese
NewsfeedBreaking
15:44 GMTIsrael Will Reportedly Push US to Strike Iranian Facility Amid Lack of Progress in Vienna Talks
15:41 GMTAmerica Unveils First-Ever Strategy to Battle Corruption at Home and Abroad
15:30 GMTChina May Build Military Base in Equatorial Guinea Amid Beijing’s Tensions With Washington
15:15 GMTKremlin: Putin Will Listen to Biden's Proposals on Ukraine 'With Great Interest'
15:15 GMTNYC to Use 'Preemptive Strike' Against Omicron With Vaccine Mandate for all Businesses, Mayor Says
15:08 GMT3,000 Security Officers Guard India's Mathura as Hindu Group Threatens to Install Idol in Mosque
14:59 GMTAmid Rumours of US Boycott of Beijing Olympics, How Could the Move Affect the Games?
14:52 GMTUK Policing Minister Not Surprised Over Reports of Drug Use in Parliament Building
14:45 GMTLabour Unions Protest in Brussels Against Low Wages, Expensive Electricity - Photos
14:26 GMTSpanish Court Rules Employee Can be Fired for Job Abandonment During Pandemic - Reports
14:18 GMTAnger and Shock After Intruders Vomit and Urinate at Site of Manchester Arena Bombing Memorial
14:15 GMTUS, UK, Canada Concerned by Tigrayans Arrested Without Charge in Ethiopia
14:07 GMTLionel Messi, Neymar or Himself: Kylian Mbappe Reveals Who's 'Boss' at Paris Saint-Germain
13:58 GMTFormer Indian Shia Leader Embraces Hinduism After 'Death Threats From Muslim Groups'
13:48 GMTMarine Le Pen Accuses EU of 'Playing Role of Firefighter-Pyromaniac' in Ukraine-Russia Tensions
13:47 GMT'Happy a Team Like Barcelona is Interested in Me', Says Salah Amid Liverpool Contract Impasse
13:30 GMTEarth is Getting Its Own Black Box That Will Tell What Caused Humanity's Demise
12:58 GMTChina Says Plots to Thwart Ties With Solomon Islands 'Doomed' as PM Survives No-Confidence Vote
12:53 GMTPutin in Meeting With Modi, Discusses Drug-Trafficking, Terrorism and Situation in Afghanistan
12:46 GMTSri Lanka Demands Compensation From Pakistan Over Brutal Mob Killing of Factory Manager