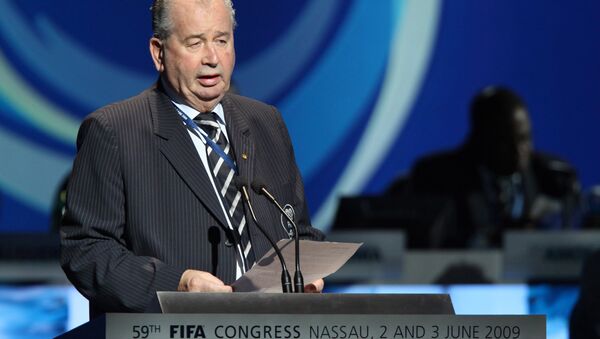 © AP Photo / Tim Aylen
Subscribe
Qatar's victory in securing the 2022 World Cup finals has always been shrouded in controversy and now a corruption trial in the United States has heard how a senior FIFA official received a generous bribe in exchange for his vote.

A witness has told a court in New York how Julio Grondona, a senior vice-president at the governing footballing body, FIFA, was owed the money in exchange for his vote which helped the Arab country secure the lucrative tournament. Qatar's victory, announced in December 2010, after four rounds of knockout voting by FIFA's 22-strong executive committee in Zurich, Switzerland, has been plagued with allegations of misconduct and bribery.

The sworn testimony given by Alejandro Burzaco, an Argentinian sports marketing executive, on Tuesday, November 14, is some of the strongest evidence yet that the vote was tainted. He has already pleaded guilty to handing out millions of dollars in bribes to senior South American football officials in exchange for broadcast rights to major tournaments.

His evidence alleges a sustained program of annual and one-off bribes, often over US$1 million, to a group of influential executives on the footballing body, Conmebol, over a period of around 10 years.

Three former South American football officials have now gone on trial in a scandal that has shaken the sport's governing body. The trio — Jose Maria Marin, Manual Burga and Juan Angel Napout —are the first to be tried having been charged with racketeering, wire fraud and money laundering. They deny all the charges.

Prosecutors accuse the men of taking part in a 24-year scheme involving at least US$150 million in bribes paid by marketing firms in exchange for lucrative broadcasting deals. 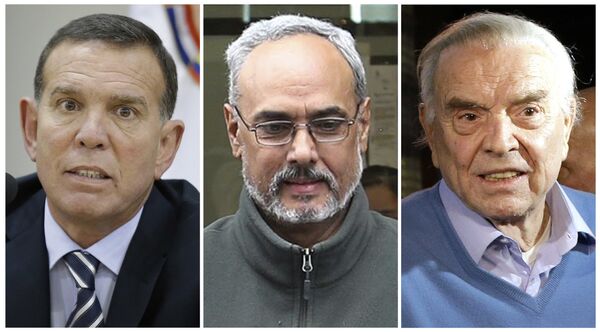 Mr. Burzaco told the court he was arranging a US$1 million bribe payment to Mr. Grondona, that details emerged how he had taken a bribe for his World Cup vote. He said in January 2011, that Mr. Grondona — who died in 2014 — asked him to pay US$1 million due to Ricardo Teixeira, another senior FIFA executive, because he owed him the money after he voted for Qatar.

He also admitted that Mr. Grondona had not told him exactly the total amount of money he accepted to make the Qatar vote or who the source of the bribe was.

His testimony revealed how he witnessed an altercation between Mr. Grondona and the Qatari officials at a FIFA event months later over news reports implicating him in corrupt dealings and insinuated he had been underpaid for his vote.

"Basically, Grondona told them [the Qatari officials] you will pay me US$80 million or write a letter saying you never paid me," Mr. Burzaco said.

During his evidence, the witness pointed out the three defendants while testifying that he bribed all of them. He described a series of meetings at hotels and restaurants in Buenos Aires starting in 2012, in which he helped strike deals for annual six-figure bribes to Mr. Marin, Mr. Burga, and Mr. Napout.

FIFA Corruption Suspect Wanted by Interpol Surrenders
After one meeting where arrangements were made to wire Mr. Marin a portion of a US$2 million bribe, Marin "gave me a hug and showed me his gratitude."

Mr. Burzaco was charged in 2015, following a morning raid on a hotel in Zurich, having admitted that he briefly went into hiding before turning himself in and agreeing to co-operate in the US investigation into corruption within FIFA.

The former marketing executive claimed also that several broadcasters, including Fox Sports, had paid bribes to football officials to secure rights to games.

Fox Sports later denied that the company had been aware or approved bribes.

"Fox Sports had no operational control of the entity which Burzaco ran. The entity run by Burzaco was a subsidiary of Fox Pan American Sports, which in 2008, at the time of the contract in question, was majority owned by a private equity firm and under their operational and management control," the company said in a statement.