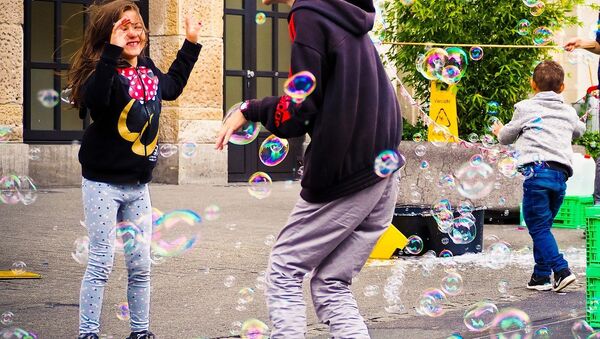 France is coming under pressure to change its antiquated sex laws after a man walked free after having intercourse with an 11-year-old girl. The asinine nature of French law has been highlighted by two shocking cases in Paris.

France's Equalities Minister Marlene Schiappa has promised to change the law after a man walked free despite admitting having sex with an 11-year-old girl in a Paris park.

Under French law there is no "statutory rape" charge and an underage child still has to be proved to have not consented for it to be a crime.

Big debate in France right now around the age of consent after courts didn't prosecute grown men for rape after they had sex with 11-year-olds because coercion could not be proven. https://t.co/2AGui3PWWD

The 29-year-old man, originally from the Cape Verde Islands, claimed the child, known as Justine, consented to sex when he met her in a park in the Seine-et-Marne district and the prosecution were unable to disprove his claim.

Equalities minister Marlene Schiappa said the minimum age for a person to be able to give consent to sex will be lowered to somewhere between 13 and 15, which is still younger than the UK and many other European countries.

"The law will mean that below a certain age, there can be no debate, ever, on the sexual consent of a child, and that any child below a certain age would automatically be considered as raped or sexually assaulted," said Ms. Schiappa, who was appointed by Prime Minister Edouard Philippe in May.

Element of Coercion or Threat Required

Under French law a rape has to involve "coercion, threat, violence and surprise," but public prosecutor Dominique Larens was unable to prove the man had made such threats.

The prosecution launched an appeal on Friday, November 10, after the man was acquitted.

The Cape Verdean, who was 22 at the time of the incident, said Justine, whose family were originally from Congo, told him she was 14 and wanted to have sex.

Justine became pregnant and had a child in July 2010. The child is now in foster care.

In September, in a similar case, a 28-year-old man said he met another 11-year-old girl in a park in the Paris suburb of Montmagny and she agreed to come back to his house so he could "teach her how to kiss" and they then had sex.

The prosecution claimed she had been "paralyzed" by fear, but he was only given the lesser charge of sexual abuse of a minor because he had not used physical force.

[Tweet: "Lawyer for La Voix de L'Enfant is outraged at government's plan to fix the sexual age of majority at 13."]

The children's rights group, Le Voix de l'Enfant, has called for changes to the legal system.

"The question of consent or its absence should never even be asked when it comes to rape victims who are minors," the group said in a statement.

Wide Variation in Ages of Consent

Sexual Violence Cases Surge in France After Famous Figures Scandal
In the UK, the age of consent is 16, and an adult who has sex with a minor is guilty of a crime whether or not he is aware of their true age.

Those under 13 have additional legal protections which say they cannot even give consent even if they verbalize it.

The legal age of consent varies wildly around the world.