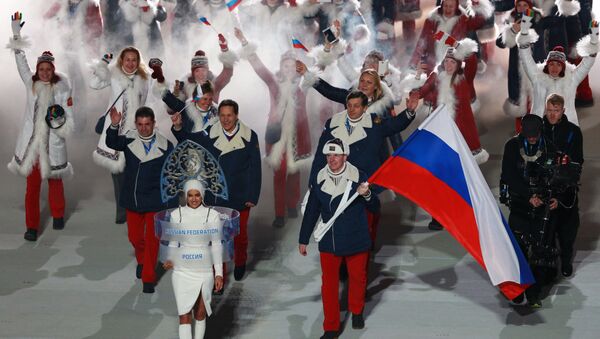 © Sputnik / Anton Denisov
/
Go to the photo bank
Subscribe
The Russian team as a whole, including athletes who have tested negative for performance enhancing drugs should not be punished for the doping offenses of other athletes, German politician Andre Hahn, who sits on the Bundestag sports committee, told Sputnik Deutschland.

Individual athletes should be banned from competitive sport if they are found to be doping, but to punish an entire nation's sporting team is unjust, German politician Andre Hahn, who sits on the Bundestag sports committee, told Sputnik Deutschland.

"Dopers, if proven, should be banned. In that case, athletes as well as officials shouldn't be at the Olympics. But what is happening now, when somebody says 'you are not allowed to attend the opening ceremony,' or 'you can't show your flag,' and you take part under a neutral flag can't play your anthem – that is to me not acceptable at all, a country like Russia can't accept that. This is not a punishment for people who have committed doping, but the humiliation of an entire nation," Hahn, a representative of the leftist Die Linke, said.

The International Olympic Committee (IOC) is considering several possible penalties against Russia in response to alleged doping violations at the Sochi 2014 Winter Olympics, the New York Times (NYT) reported last week. According to the NYT, the committee is considering imposing punitive measures at the PyeongChang 2018 Winter Olympics in South Korea, such as a bar on the Russian national anthem or on Russian athletes' participation in the opening ceremony of the PyeongChang 2018 winter Olympics in South Korea. 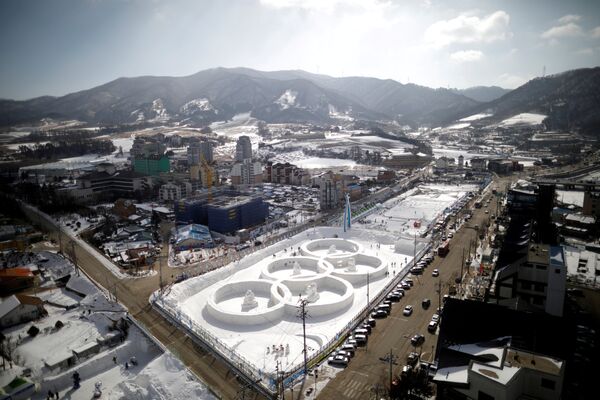 An ice sculpture of the Olympic rings is seen during the Pyeongchang Winter Festival, near the venue for the opening and closing ceremony of the PyeongChang 2018 Winter Olympic Games in Pyeongchang, South Korea, February 10, 2017
© REUTERS / Kim Hong-Ji
Other options under discussion among Olympic officials include making Russian athletes compete under a neutral flag or wear neutral uniforms, or impose a large financial penalty, sources in the IOC told the NYT.

However, an IOC representative told the Russian news agency R-Sport that the report consisted of "premature speculation" and no decision had been made.

The NYT report and its potential effect on Russia preparations for next year's games have aroused discontent in Russia. Politician Mikhail Degtyarev, chair of the Russian lower house of parliament's (Duma) Committee for Culture, Sport, Tourism and Youth Affairs, told Russia's Sport Express that the report contained "provocations" aimed at demoralizing the Russian team and all sporting functionaries, as well as putting pressure on our country and the IOC."

EXCLUSIVE: 'I Am Not Trying to Prove Russia Wrong' - Richard McLaren
The Duma's Deputy Speaker Igor Lebedev declared that Russia should refuse to participate in PyeongChang 2018 if any blanket penalties are imposed on the Olympic team.

"If the IOC decides to impose even the slightest penalty against our team … whether that is exclusion from participation in the opening ceremony, or a ban on the use of our flag, or performance under a neutral flag… If there is any punishment for our team then I think that we should fully ignore these Olympics," Lebedev said.

The IOC's next meeting takes place December 5, when punitive measures against Russia could be taken. On October 31, the IOC disciplinary commission handed lifetime bans from the Olympics to two Russian skiers, Alexander Legkov and Evgeniy Belov, after finding them guilty of violating anti-doping regulations at the Sochi 2014 Winter Olympics.

Hahn told Sputnik that he agrees that clean athletes should not be punished for the offenses of others, but also advised Russia not to boycott the games.

"I think people should try not to wind each other up and try to stay reasonable. In part, I understand the annoyance but I would also say, this helps nobody and in the end harms the other athletes,'" Hahn said. 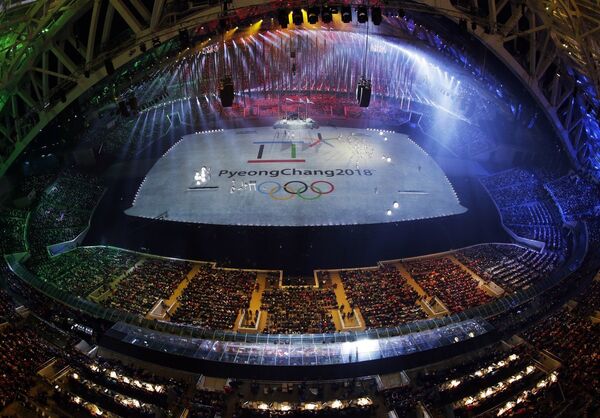 Pyeongchang will host the 2018 Olympic Winter Games
© AP Photo / David J. Phillip
"I don't agree with boycotts. There have been Olympic boycotts in the past and in the end they harmed the sport and didn't bring anything politically. I also think it's wrong to threaten a boycott. I would like clean, drug-tested Russian athletes to participate in the Olympics, and they will get tested there again for those who have any reservations or suspicions."

"I don't want to speculate about who is pursuing what political interests. But, as I say – there is always politics in sport, there are clear political interests. However, from my point of view, they should not be deciding who should compete in the Olympic Games. It should go like this: are there athletes who have tested negative? If so, I think they should be allowed to compete," Hahn said.

000000
Popular comments
Wouldnt it be funny, that even if they compete under neutral flag, they would still won a gold metal? News would STILL report about them being Russian. ahaha. Just go in, it doesnt matter. Make sure you win gold.