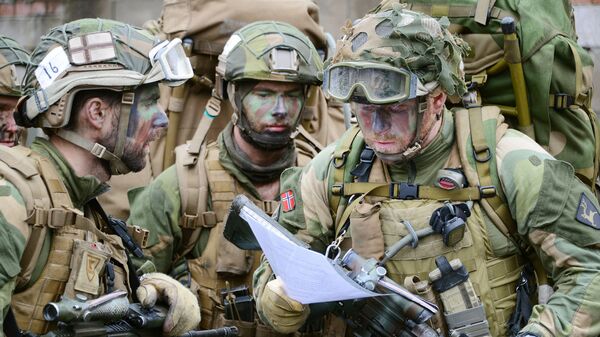 Norway's Socialist Left Party believes the ruling Conservative Party's stance may draw the Nordic country into a new arms race, which according to Norwegian analysts would be detrimental to Oslo, regardless of the outcome.

The Conservative Party recently argued that Norway, as part of NATO, must get new missiles with increased coverage to be able to hit targets in Russia, as a response to Moscow's new arsenal, which he implicitly acknowledged is superior to NATO's.

Citing Russia's ability to shoot both cruise missiles and ballistic missiles from its own territory and from international waters, as well as to hit targets across Norway with high-precision conventional weapons, Conservative defense spokesman Hårek Elvenes argued that Norway and NATO must build up a similar capacity.

"NATO in the north should have weapons of force and technology that are at least on the same level as those we can expect ourselves to be attacked by," Hårek Elvenes told Norwegian national broadcaster NRK.

Oslo, We Have a Problem! Norway's Prized F-35 Aircraft Stored in Tents
Elvenes went on to clarify his message by elaborating that Norway and NATO should arm themselves with weapons "at least equivalent" to those acquired by Russia in recent years, in order to be able to resist any attack.

"It is not wise to promote arms races ahead of neighborliness. It is Norway's interest to act in a way that dampens tensions and contributes to détente," Kirsti Bergstø said.

Neither was the Conservatives' idea supported by defense analyst and former major John Berg, who argued Norway was unlikely to coax NATO into building up a capacity similar to Russia's. Furthermore, such an arms race was unlikely to end in Russia's favor.

"First off, NATO's prioritizing is much more nuanced than that. Such missiles only play a limited role in NATO's plans," John Berg argued. "Secondly, if we embark on a rivalry with the Russians in such missiles, we are doomed to lose," he added, explaining that Russia would have many more missiles at its disposal anyway.

Furthermore, the balance would always be in Russia's favor, as Norway would only have a handful of targets that need to be eliminated, whereas Russia's Kola Peninsula alone has numerous goals which would demand many more missiles, Berg pointed out.

US Marine Presence Extended in Norway, Norwegian Lawmakers Want to Know Why
Oslo previously invited US soldiers to train on Norwegian soil and currently has about 330 US Marines stationed at Værnes base. A similar arrangement is also in the works regarding Inner Troms in a new concept of Allied Training.

Earlier, the Center Party, the Socialist Left and the Reds expressed fears that the foundations of Norway's security policy have been shaken, as the 1949 declaration specifically states that foreign powers should not be stationed in Norway during peacetime.

Norwegian Defense Minister Frank Bakke-Jensen argued that this did not apply to allied training and dispelled Russia's protests by claiming that Norway was a "predictable and readable neighbor."

Tune in for a live look at the official #F35 arrival ceremony at Ørland Air Base, Norway, today: https://t.co/ykYGsTw2Aa pic.twitter.com/tV23jGEfmD