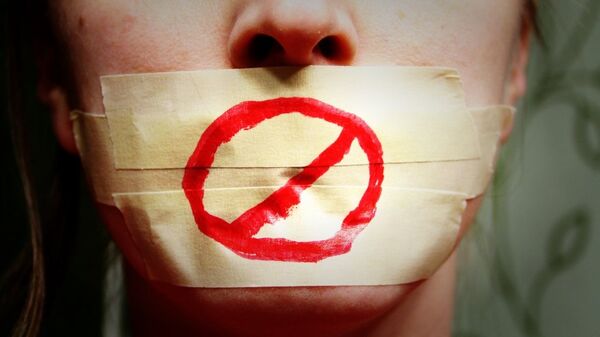 The US Department of Justice has demanded that Russia's broadcaster RT America should get registered under the US Foreign Agents Registration Act (FARA) by Monday, November 13. Daniel McAdams, the executive director of the Ron Paul Institute for Peace and Prosperity, has explained that it is being done for political purposes.

Sputnik: What do you make of the move against RT? What do you see as the underlying motive for the US actions?

Daniel McAdams: It is the ongoing Russian hysteria. We have the government, the police that have the right to tell us what stations we are allowed to watch and what radio we are allowed to listen to. And that is antithetical to a free society. It is "Big Brother" government telling us "don’t watch this." And it is only the beginning, by the way.

Sputnik: How legal is this move from the point of view of the US Constitution?

Daniel McAdams: The US government literally has no power and no authority to become involved in any way that would restrict our ability to consume any kind of media. 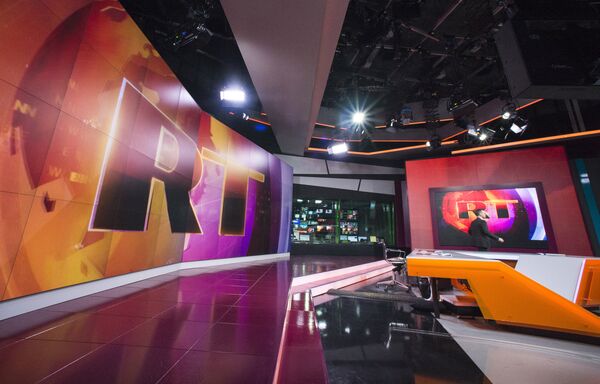 Sputnik: FARA (Foreign Agents Registration Act) was initially adopted to combat pro-Nazi propaganda in the US during wartime. How did we even come to it being used against media outlets?

Daniel McAdams: Well, we are not at war with Russia, at least not yet, thank God. The neocons have their way and I am sure this will change. It may have some useful new deal with for example some companies representing foreign governments. However, its application is very selective in Washington. That is a real "untold secret," it is very selectively applied and it is applied for political purposes, that is what we are seeing here.

READ MORE: Who's the Enemy? Russia or Those Telling You It's Russia?

Sputnik: Is it fair to say then that it makes this application all the more remarkable, given that it's peacetime and the fact that the two countries seem to have a lot of common interests?

Daniel McAdams: It makes it all the more remarkable, particularly when we consider the context, which is that the whole "RussiaGate" story continues to fall apart. The only two organizations that have said that Russia was involved in hacking of e-mails are the DNC (Democratic National Committee) and Podesta (Group). Both of these two companies were actually paid by the DNC. If anything, it is the DNC, the Democratic Party that have been involved in the manipulating and colluding. The whole foundation upon which the "RussiaGate" story is built is completely fanned, it is not brick or stone and is coming apart. So why would you ramp up a tax against a media outlet? It makes no sense. It sounds like desperation. I think it is the beginning. I think if it does not work, if it does not silence RT America, which is what the neocons want, they will start going after the Americans who appear in the programs. 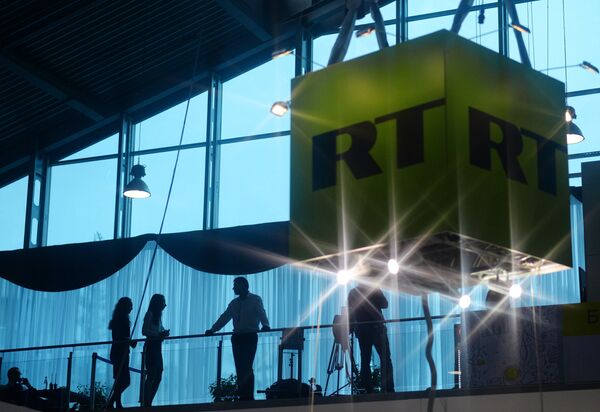 Sputnik: So you think it is part of a large distraction campaign from the domestic issues which has nothing to do with Russia?

Daniel McAdams: I think that it might play into it. However there is an unholy alliance between the American neocons, who desire a new Cold War because it would be very profitable for them, and the military-industrial complex. And then you have the Democrats who still can't get over the fact that Hillary Clinton lost. So they all have made the unholy alliance and they are all using Russia as a way to pursue each of their own agendas. That will be despicable in any case, but for us the real danger is that it could lead to a worse Cold War, even a Hot War. The future of the world is at stake here.

Sputnik: Do you believe that other foreign media outlets are in danger of getting the same treatment or is it just going to be Russia which will be singled out?

Daniel McAdams: I think that at this point Russia is in the crosshairs. I could foresee for example Press TV from Iran perhaps getting isolated, the neocons certainly have Iran in their crosshairs. May be they'll do like the Chinese and just block our internet and we won't be able to watch RT or Press TV or any out of the favorites of neocons media outlets. We will just be blocked by our government. Maybe that is the next move. It really is a slip towards totalitarianism. Unfortunately, most Americans do not understand this because they have been brainwashed and they think that now Russians are controlling our minds from overseas. It is like mass hysteria in the US.

Even people who do not like RT, who do not watch RT, should do it because it is a principle of not allowing the government to tell you what you are allowed to watch. Our country is based on this principle. And so regardless of how you feel about this station, you should oppose the government's moves against our freedom of expression.

Sputnik: Moscow has announced it is weighing similar measures against CNN. What do you think Washington's reaction will be to that?

Daniel McAdams: I understand the move. It is always unfortunate when a government moves against the media, however I understand that retaliation is often a diplomatic tool in such circumstances. Probably the neocons in Washington will be happy to see that because it will enable them to add up one additional notch. I don’t know what the solution is in terms of this diplomatic response, but I do know that they [neocons] intend to escalate the anti-Russian cabal in the US.