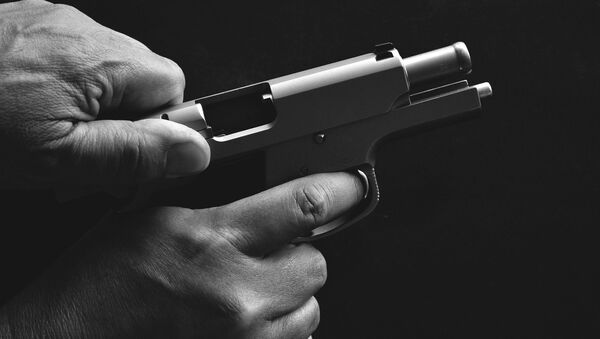 WASHINGTON (Sputnik) — APHA Executive Director said that federal research on mass shootings should be funded for the comprehensive understanding of this issue.

"We need to stop saying these [shootings] are inevitable," Dr. Benjamin said. "We need more research to better understand how to reduce the risk that they will occur," He added. "The main issue is to work in a comprehensive way to have the early identification of red flags, reduce access to firearms for people in prohibited groups, better identification and reporting for people who are likely to commit violent acts such as this and reducing access to the type of weapons that make the severe health impacts of these events more likely," Dr. Benjamin said.

Fifty-Eight Dead, 515 Injured in Las Vegas Shooting – Police Sheriff
Dr. Benjamin added that lawmakers should remove the budget language on the Centers for Disease Control and Prevention's budget to fund public health research. Members should also push the Bureau of Alcohol, Tobacco, Firearms and Explosives to focus on cracking down on gun dealers that sell the majority of guns that enter the illegal market, he said.

"Using an approach that ensures people who should not have firearms have a much lower chance of getting them is essential," Dr. Benjamin said. "Also identifying people who are at a higher risk of being violent with or without mental illness and providing appropriate services to them to reduce the risk of violence is essential."

Earlier, Congressional Democrats introduced more than 30 measures to address gun violence such as boosting funding for research on mental illness and the impact on gun violence, The Washington Post reported. On Tuesday, Democrats were unsuccessful in forcing a vote on legislation that would establish a select committee to study the causes of mass shootings, find ways to regulate the gun background check system and research how people with mental health issues obtain guns.

Pentagon to Probe Failed Report of Texas Mass Shooter's Background to FBI
President Donald Trump was elected on a platform of rolling back, rather than extending gun control. After taking office in January, he abolished a regulation that had been approved during the Obama administration to restrict access to guns among people with any documented record of mental illness.

Kelley had been caught sneaking firearms onto Holloman Air Force Base near the New Mexico city of Alamogordo, according to an El Paso Police Department report. The report added that Kelley was attempting to carry out death threats that he made on his military chain of command.

The former airman had received a bad conduct discharge from the United States Air Force after being convicted for assaulting his wife and step-child and subsequently being imprisoned for 12 months. He was dishonorably discharged from the Air Force.

Information regarding Kelley should have been transmitted to the Federal Bureau of Investigation (FBI) for entry into the National Crime Information Center (NCIC) database, but the Air Force failed to report it. The US Bureau of Alcohol, Tobacco, Firearms and Explosives said Kelley bought three firearms that were found after the shooting. The firearms include a rifle that was left in the church and two handguns in the vehicle where police found Kelley dead.