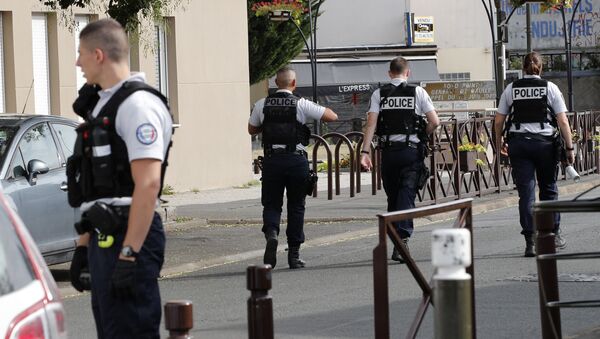 The car ramming was reportedly a deliberate action.

A car has rammed into a crowd near a high school in a commune of Blagnac near Toulouse in southwestern France, injuring three people who are believed to be Chinese students, BFM TV reported.

The 28-year-old driver of the car, who was known to police for committing minor offences, has reportedly been detained. While the motive behind the incident remains unclear, Europe1 has suggested that it had been deliberate.

According to media reports, the incident doesn't pose a threat to national security.

The ramming incident, which so far isn't believed to be linked to terrorism, comes in the wake of the adoption of a tougher security legislation in France, replacing the emergency situation, which had been imposed after the November 2015 attacks in Paris, leaving 130 people dead.

Since then, the country has been targeted by 20 terror attacks — the deadliest one claiming over 80 lives in Nice in 2016 — and numerous attacks on members of the police and the military.

The anti-terror legislation is one of the bills initiated by President Emmanuel Macron, which incorporates some elements of the state of emergency, which has been prolonged six times since 2015 and has prompted severe criticism from politicians and the general public.